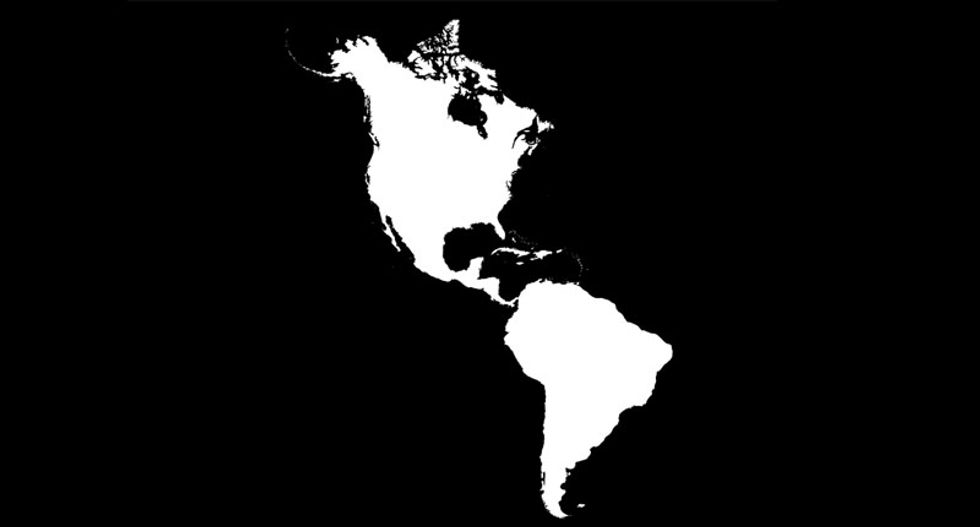 North and South America joined together between 13 and 15 million years ago -- some 10 million years earlier than scientists previously thought, a new study said Thursday.

The two continents were once separated by a deep strait called the Central American Seaway that at some point morphed into a land bridge -- the Panama arc.

Previous research had found the hook-up happened about three million years ago.

But boreholes drilled in northwestern Colombia uncovered minerals from a far earlier period that could only have come from Panama, said the new study in the journal Science.

It dated the Panamanian rocks to at least 13 million years ago, during the Middle Miocene period.

If that finding is confirmed, it could cause scientists to rethink much of their current understanding of far more recent changes to ocean circulation patterns and the global climate, said Science's editors.

Previously, scientists had explained Arctic glaciation and the migration of species from one continent to the other -- both of which began about three million years ago, during the Plio-Pleistocene period -- as a consequence of the Central American Seaway's closure.

But Colombian geologist Camilo Montes, the lead author of the study, said his team's analysis of the rocks in the Colombian departments of Antioquia and Cordoba left little room for doubt.

"If that fingerprint is there, it's because Panama had already arrived," Montes told AFP.

"We're not saying the biotic interchange (species migration) didn't happen, or that it happened at another time. Same for glaciation, which began three million years ago, without a doubt. What we're saying is that the formation of the Isthmus of Panama has nothing to do, or much less to do, with these phenomena than we previously thought."