Pat Robertson: Forbid soccer on Sundays and God will make your kids rich like Chick-fil-A 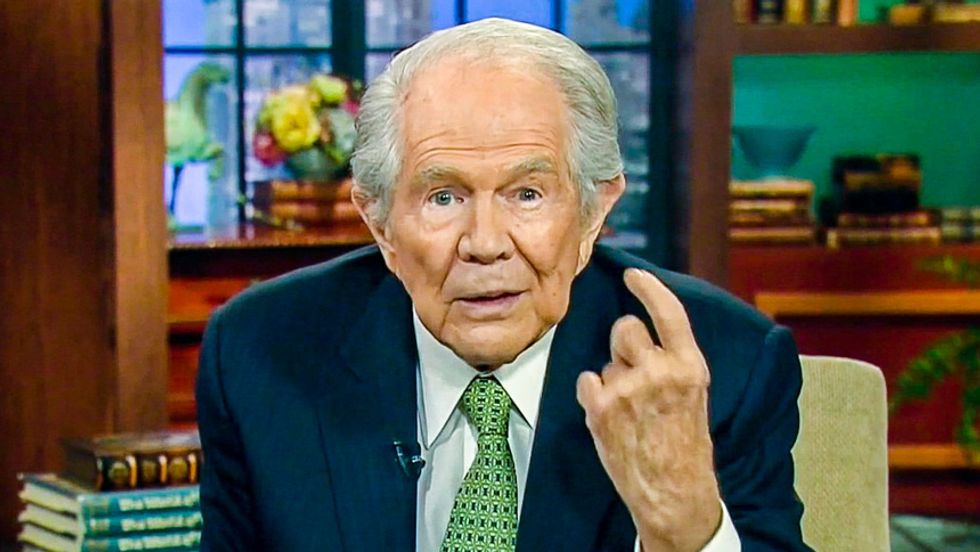 TV preacher Pat Robertson advised a mother that she should follow the lead of fast food restaurant Chick-fil-A and not allow her child to play soccer on Sunday.

A 700 Club viewer named Terri explained in an email to Robertson that her nephew had been hoping to get a soccer scholarship, but his mother was torn because some of the matches meant that the boy would miss church.

"She is torn and having a hard time finding any peace in all this," Terri wrote. "Your thoughts?"

According to Robertson, Cathy had become a "multi-billionaire" and his restaurants were popular because he had been "faithful to the Lord."

"I'm sorry... which is more important? Jesus or soccer?" the televangelist asked. "And God can make a way for your son without having to compromise his faith."

"You and I and every human being needs one day out of seven to rest," he opined. "And if everything is jam, jam, jam, jam, all day long, it's small wonder we've got so much mental breakdown. We're a Prozac nation so everybody's all hyped up because we don't rest."

According to a report from the San Francisco Chronicle, the embattled mayor of Windsor, California has enlisted the help of a prominent Donald Trump lobbyist in his efforts to hang into his job after accusations of sexual assault.