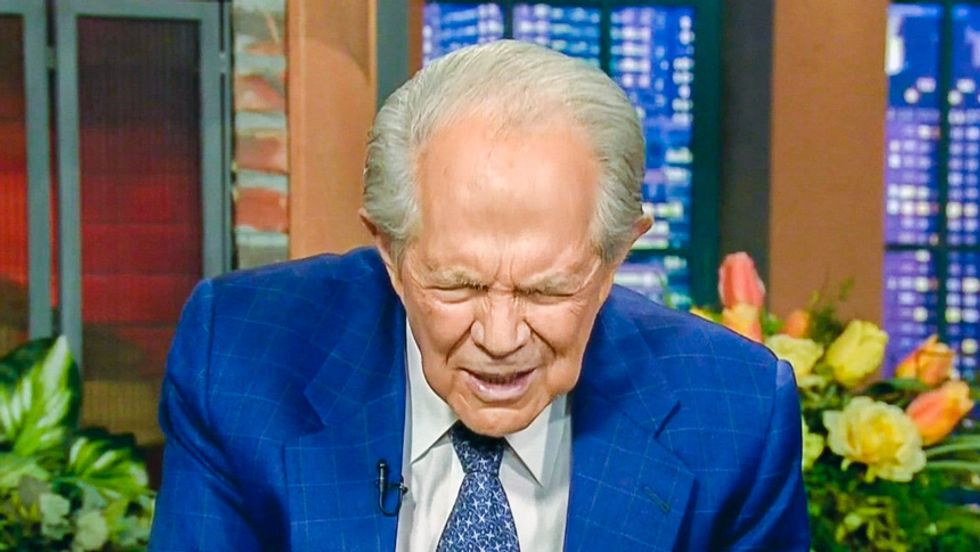 Pat Robertson on Wednesday invited viewers to pray with him so that Jesus could save them from "lesbianism" and the "filthy things" that they had done.

In a 700 Club profile, Lisa Kemp recalled that she turned to sex and drugs as a result of being molested at the age of 5.

"She turned to lesbian relationships for comfort," the 700 Club narrator explained.

"When I got around with more of the gay lifestyle then automatically I just thought that I was gay, that I was born like this," Kemp insisted. "I was sleeping with everything that moved. I mean, I just became such a terrible person."

But while she was in prison, Kemp decided that she wanted to become a Christian so she could go to heaven to see her sister, who had recently died.

"Jesus set her free from homosexuality," the narrator noted.

"From that day forth, I was completely different, and I've been completely set free after that," Kemp remarked. "Never struggle with it ever, ever again."

Robertson pointed out that God could see that Kemp was "beautiful" even though she had a "wasted life" that included "sexual promiscuity, drug addiction, alcoholism, lesbianism, prostitution, everything you can think of."

According to the televangelist, God would "wash away the guilt and the filth."

"That's what Jesus will do for you," he said. "Follow me and you'll be a wonderful, beautiful new person. You want that right now?"

Robertson advised viewers to pray and admit to Jesus that they had done "filthy things" and "misused their bodies."