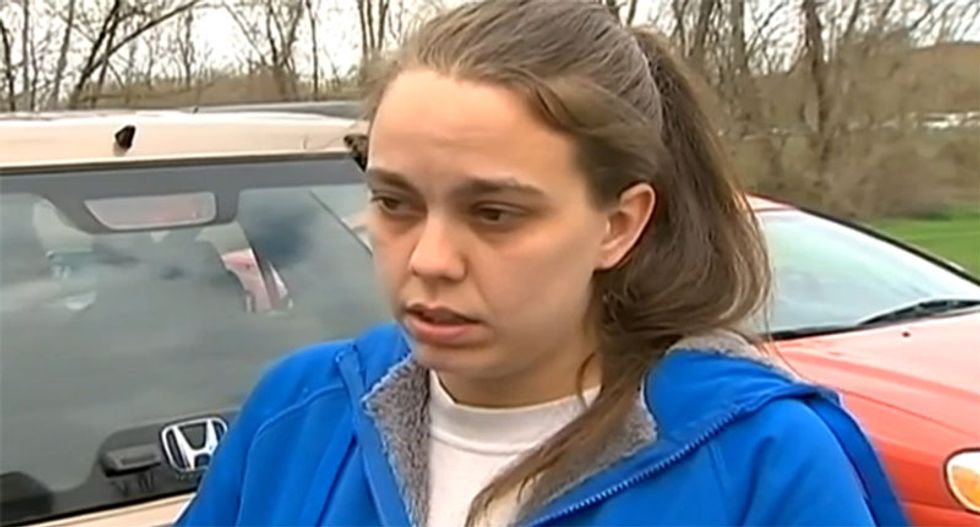 Students at a Pittsburgh-area high school organized an "Anti-Gay Day" Thursday in response to their classmates observing an anti-bullying 'Day of Silence" the day before, local TV station WPXI reports.

A group of students at McGuffey High School asked students who were "anti-gay" to wear a flannel shirt and write "Anti-Gay" on their hands when they went to school on Thursday. They also circulated a "lynch list" of students who participated in the Day of Silence event and tied a noose to a flag in a classroom, according to Buzzfeed.

“Yesterday, there was pushing, posters hung on homosexual students’ lockers. Teachers were having to run out and take them down,” Zoe Johnson, a student at McGuffey High School, told MPXI on Friday.

“It hurts me to see how rude and cruel, and some of these people were my friends before this started,” she said.

Johnson and her classmates met with administrators at a school board meeting on Thursday night and raised the anti-gay bullying issue, and the administrators showed them their support.

“We had a really positive reaction,” she told Buzzfeed. “Both the superintendent and assistant superintendent shook my hand. It was very positive. You could tell whose side they were truly on.”

The superintendent of McGuffey School District Dr. Erica Kolat issued a statement on Friday, addressing the alleged "harassment" that had been brought to her attention. She said that the school district and police were investigating these allegations and assured students of the support from her administration.

"We resolve to ensure that all children can grow and learn in a safe, supportive environment free from discrimination," she said.

Some students, however, expressed their fear of going back to school after the weekend.

Watch the video on WPXI below.