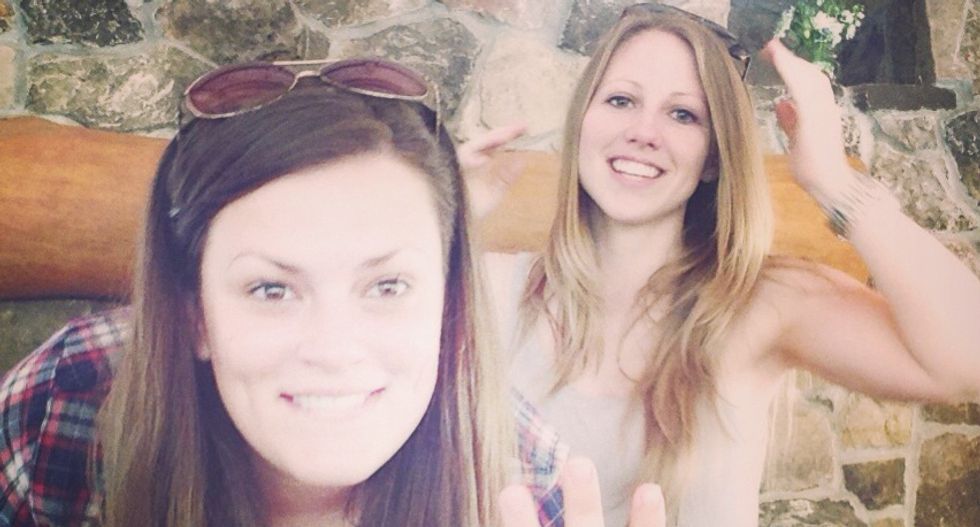 A printing company has apologized for the owner of its franchise in Suwanee, Georgia, who refused to print wedding invitations for a lesbian couple, WXIA reports.

Alan Akins, the owner of a local Alpha Graphics franchise, told the couple the he could not do the job because his religious beliefs did not allow him to support same sex marriage.

"I kept asking him how, why, how he could do this? He just basically stood on his religious beliefs, referenced the Bible, called it a sin, and I was basically in tears saying how could you treat me this way?," recalled Paige Beckwith, one of the brides.

Beckwith said she had been open with vendors that this would be a same-sex wedding throughout the wedding planning process, and she had never encountered any other vendor who refused to provide services.

Akins told WXIA that he would be happy to provide the couple services for other occasions, but the wedding was off limits for him. He also said that this was not the first time he declined a print job because of his religious beliefs.

Beckwith has since complained to the main office of the Suwanee Alpha Graphics franchise, and the company has apologized and offered to design and print their invitations at no charge.

The company also released a statement through its spokesperson.

"We do not condone discrimination of any kind, and wish to make clear that customers of any race, religion, nationality, ethnicity or sexual orientation are welcome at our franchisees' locations nationwide," the statement says.

This came after several high profile cases across the country where companies declined business with LGBT customers on religious grounds protected by "religious freedom" legislation passed in 20 states. In Georgia, there is also a similar law pending.

The "religious freedom" bill was proposed in Georgia last year claiming to exempt businesses and organizations from providing their employees healthcare services and procedures, such as abortion and contraception, which are mandated by Obamacare. Critics of the bill warned that it could open the door to private businesses refusing to serve LGBT customers on religious grounds, according to Atlanta Journal Constitution's PolitiFact.

One of the sponsors of the bill Sen. Josh McKoon (R-Columbus) has recently said that he had given up on passing it, but he might attach the "religious freedom" language to another piece of legislation, according to Georgia Voice.

Although this law is still pending, Marietta attorney Philip Holloway, who is not involved in the case, said the business owner had acted within his legal rights.

"Under Georgia law businesses do have the right to say I'm not going to do business with this sort of couple," Holloway explained.