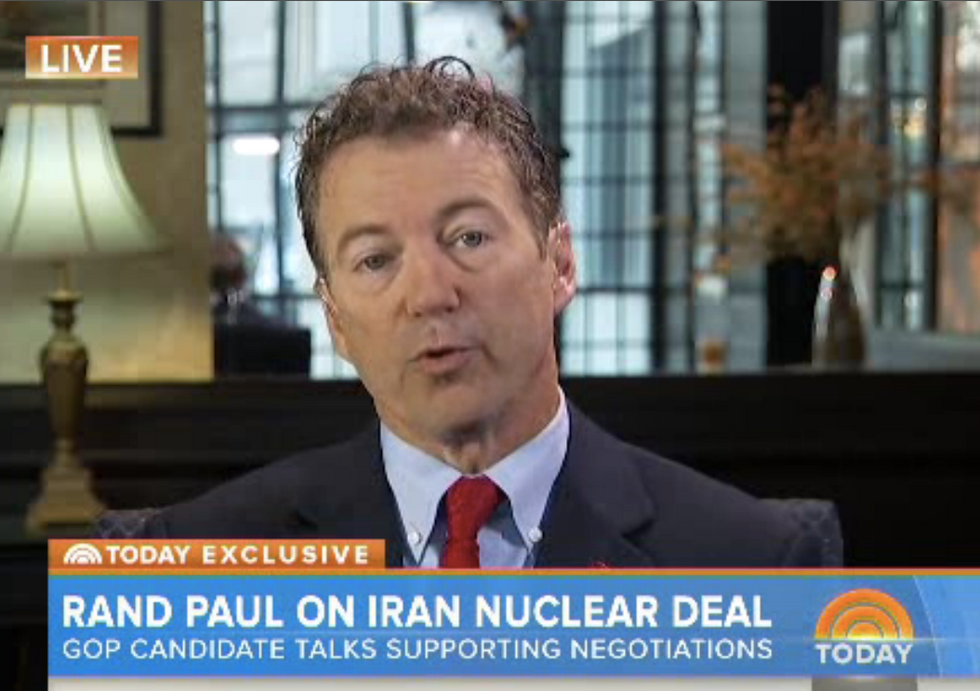 Newly-announced Republican presidential aspirant Sen. Rand Paul got into another snippy exchange with a woman TV anchor on Wednesday.

Salon reported that Paul was speaking with NBC's Savannah Guthrie when he abruptly offered her some unsolicited career advice.

Toward the end of the appearance, Guthrie asked about Paul's shifting foreign policy positions, from his previous neo-isolationist stance on foreign wars to his current push to engage with Iran. Rand immediately got testy.

Accusing the NBC anchor of "editorializing," Paul said, "Why don’t you let me explain instead of talking over me?"

He went on, "Before we go through a litany of things you say I’ve changed on, why don’t you ask me a question, ‘Have I changed my opinion?’ That would be better way to approach an interview.”

The situation echoed an interaction the newly-minted candidate had with CNBC anchor Kelly Evans in which he shushed her and told her to stop talking while he was trying to speak.