Revealed: NRA donates millions to the GOP — even though it declares ‘zero’ political expenditures 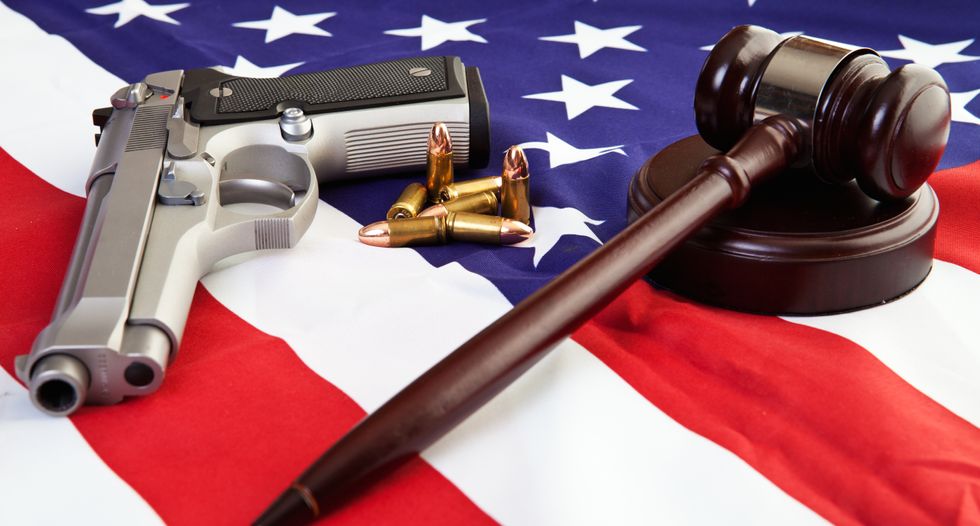 Laws and guns in America (Shutterstock)

In an investigative piece for Yahoo News, Alan Berlow reveals in extensive detail how the National Rifle Association accepts contributions from supporters and then funnels that money toward electing Republicans while simultaneously declaring to the IRS that the NRA spends absolutely nothing on political expenditures.

In its most recent tax filings, the NRA answered the question, "Did the organization engage in direct or indirect political campaign activities on behalf of or in opposition to candidates for public office?" by checking "No."

NRA's Institute for Legislative Action, meanwhile, spent more than $7.4 million on campaigns during the 2014 cycle, putting it among the top ten non-profit election spenders nationally, per OpenSecrets.

According to filings with the Federal Election Commission, the NRA Political Victory Fund made more than $10 million in contributions to individual campaigns and political committees in 2014.

Incidentally, NRA supporters are concerned about politicization at the Bureau of Alcohol, Tobacco, and Firearms right now. I learned this while attending the Conservative Political Action Conference this February in Oxon Hill, Maryland, just a few miles outside of Washington, D.C.

On the afternoon of February 28, I attended a talk by Lexy Rusnak, of the NRA ILA, called "History of the Gun Control Debate." Audience members expressed frustration with what they believe to be aan emboldened ATF, which has grown increasingly aggressive in violating their Second Amendment rights.

Toward the end of Rusnak's history lesson, an audience member raised his hand and asked if "what's-his-face up the street here" (referring to Obama) and "his associates" are using extra-constitutional measures to clamp down on gun owners, perhaps in conjunction with sympathetic agents at the ATF.

How did the NRA spokesman answer the conspiratorial question about Obama and the suppression of gun rights in the United States? Watch here: