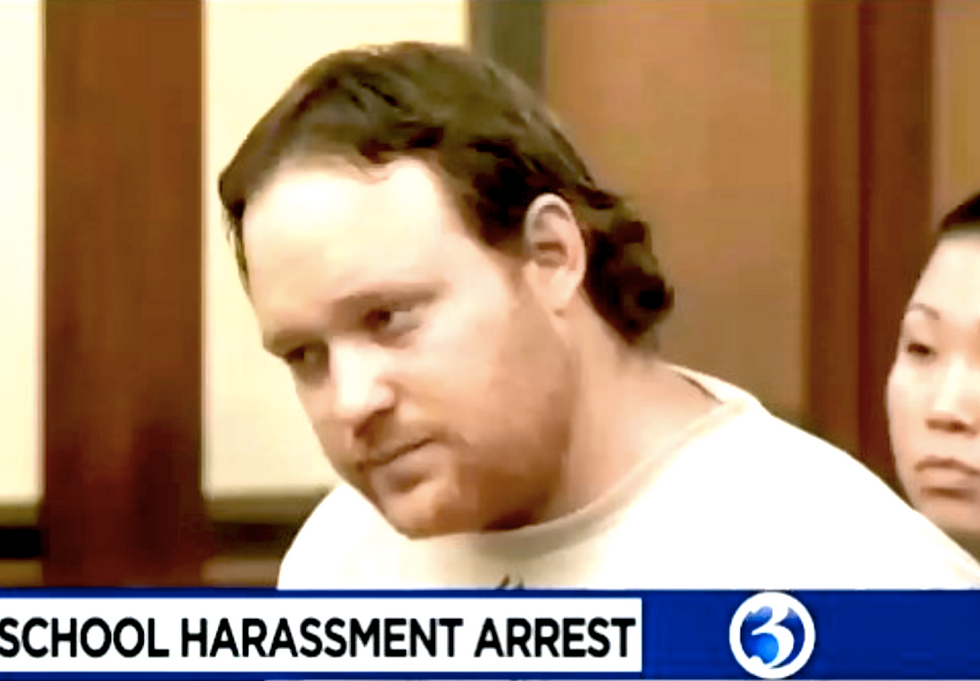 A Connecticut man who believes that the December, 2012 shootings at Sandy Hook Elementary School never took place has been arrested for harassing members of the school staff.

According to WFSB News, 30-year-old Timothy Rogalski of Wallingford was arrested Tuesday and went before a judge on Wednesday after he made a series of threatening phone calls to the elementary school where 26 adults and children were murdered.

Rogalski is a believer of the so-called "truther" movement, which maintains that the massacre at Sandy Hook was not the work of disturbed gunman Adam Lanza, but an elaborately staged hoax portrayed by gun control advocates who want to disarm the population in order to make way for an authoritarian takeover by a unified, socialist world government.

First, he called up pretending to be a father interested in enrolling his child in the school.

"I just wanted to make sure that there was going to be no fake shooting on the day that I enrolled him," he said, according to court records. "I just wanted to clarify that he wouldn't get shot by a fake Adam Lanza."

Rogalski then asked if Sandy Hook survivor Kaitlin Roig could be his son's teacher and left a message for deceased school principal Dawn Hochsprung, who died in the attack.

When taken before the judge, Rogalski insisted he was just talking, not issuing actual threats against the school.

"I know I may have offended people, but they were words, and I made no threats," he said. "I wasn't going to do anything."

On Tuesday, the school was able to trace the calls back to Rogalski.

The Newtown Police Department served him with a misdemeanor charge of harassment.

Rogalski is being held on $50,000 bond in the Monroe Police Department lockup.