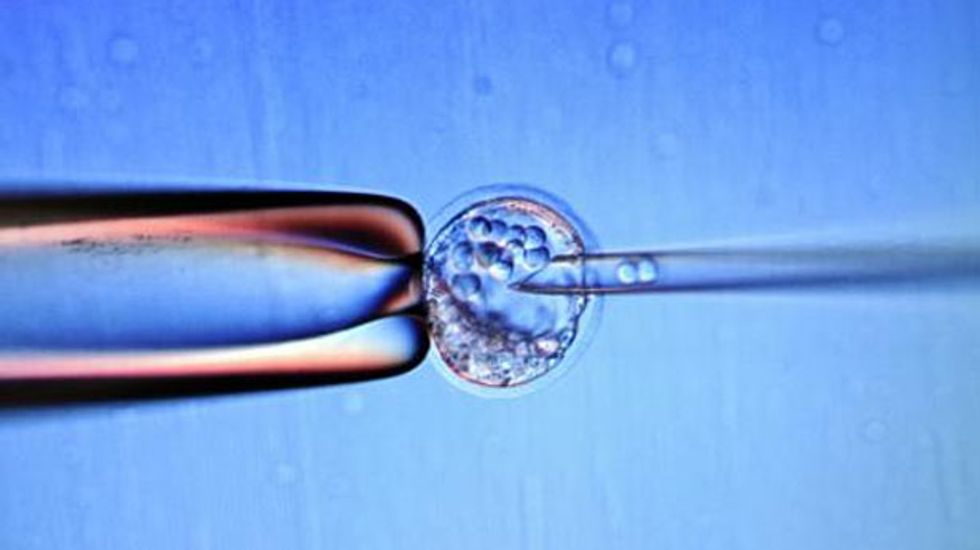 In a controversial new research paper, Chinese scientists describe how they were able to manipulate the genomes of human embryos for the first time, raising ethical concerns about this new frontier in science.

First reported by Nature News on Wednesday, the paper appears in the little known online journal called Protein and Cell.

In it, Junjiu Huang, a gene-function researcher at Sun Yat-sen University in Guangzhou, and colleagues describe how they edited the genomes of embryos obtained from a fertility clinic.

The embryos were described as non-viable, and could not have resulted in a live birth because they had an extra set of chromosomes after being fertilized by two sperm.

"The researchers say that their results reveal serious obstacles to using the method in medical applications."

The researchers injected 86 embryos and waited 48 hours for the molecules that replace the missing DNA to act.

Seventy-one embryos survived, and 54 of those were tested.

Researchers found that only 28 were "successfully spliced, and that only a fraction of those contained the replacement genetic material," said the report.

"If you want to do it in normal embryos, you need to be close to 100 percent," Huang was quoted as saying.

"That's why we stopped. We still think it's too immature."

Even more concerning were the "surprising number" of unintended mutations that arose in the process, at a rate far higher than seen in previous gene-editing studies using mice or adult human cells.

Such mutations can be harmful, and are a key reason behind concerns raised in the scientific community ever since rumors of the Chinese team's research began circulating earlier this year.

"It underlines what we said before: we need to pause this research and make sure we have a broad based discussion about which direction we're going here," Edward Lanphier, president of Sangamo BioSciences in Richmond, California, was quoted as saying by Nature News.

George Daley, a stem-cell biologist at Harvard Medical School in Boston, Massachusetts, described the research as "a landmark, as well as a cautionary tale."

"Their study should be a stern warning to any practitioner who thinks the technology is ready for testing to eradicate disease genes," he told Nature News.

At least four other Chinese research teams are believed to be pursuing similar studies, the report said.