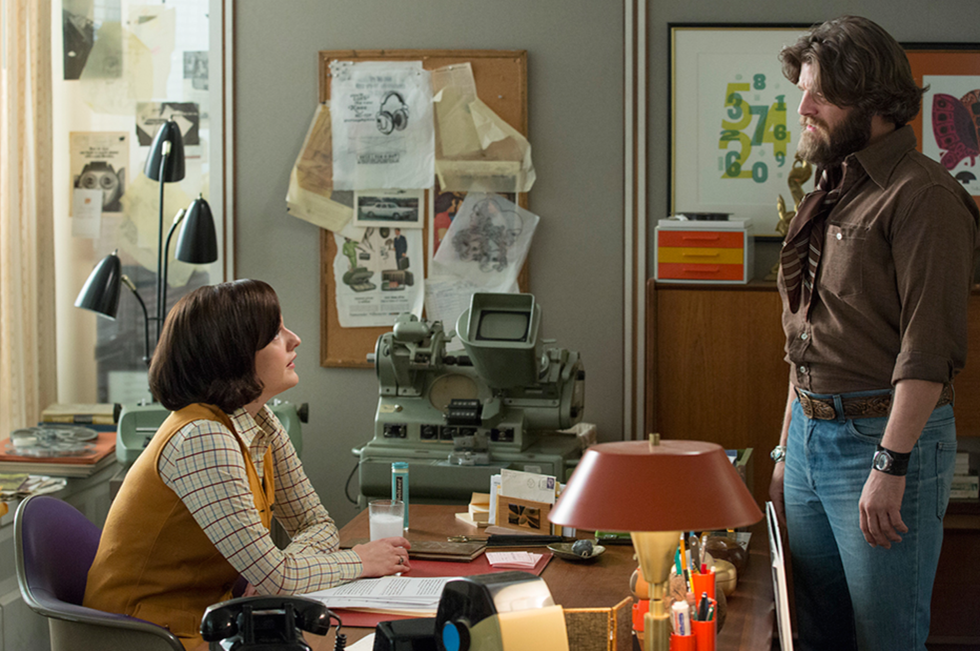 Mad Men is back and on its final stretch, and so is the Orange Couch, where Marc Faletti and I review the episode and cover its themes, allusions, and other literary whatnot that the show is so fond of indulging.

As we mention on this show, we're going to be doing double duty this year. Mad Men reviews will be up at YouTube and here on Raw Story under the Orange Couch name. But we're rolling out a new project for Slate, called House Slate, in which we will be taking on Game of Thrones. That particular show will be a little different, focused more on trying to flesh out the world that this show inhabits and help audiences make sense of all the complex political and plot machinations. But because we're juggling the two, the Orange Couch is going to have to come out on Tuesdays instead of Mondays. So keep an eye out for House Slate!

This particular episode of Mad Men was fairly straightforward, I think, in its themes. I've often thought there was something almost a bit old-fashioned about Matthew Weiner's take on capitalism and consumerism as soul-destroying forces, even though he complicates the narrative by celebrating some aspects of it, like fashion. (Of course, expressing yourself through clothing predates capitalism and will always be a thing people do, regardless of economic systems.) I like that he tipped his hand to this with the John Dos Passos shout-out.

But we cover that all in the video, so I want to take a moment and talk about a personal part of being a viewer of this show. I know that the obsessive level of detail to fashion and design has been talked about to death, but as the show creeps into the 70s---this episode takes place in April of 1970---I've only become more amused by it all. As Weiner has always been careful to show, what things looked like was not always a straight trajectory of whatever the magazines were pushing at the time. Some people, for reasons economic or personal, didn't change their fashions with the times as much. It's not like people redecorate every time the on-trend colors change, you know? Because of this, a lot of the clothing and just general cultural detritus of the late 60s and 70s was all over the place when I was growing up in the 80s and 90s. So I'm having a lot more of the "oh shit I remember that" moments that I think older viewers got to enjoy in the first parts of the series.

What particularly caused a lot of chaos for we two viewers sitting on the orange couch (which is right in line with the color scheme that was hip during the era Mad Men is in now, and has come back in recent years) was Peggy installing a drop ceiling in her beautiful apartment, making it look like garbage. I'm sure there's symbolic importance to that, signifying how Peggy has deliberately made her world small and boring, but it was also historically accurate. I ought to know, since that 70s trend towards everything looking like a square, boring office space with crappy lighting set the standard for what my generation had to look at growing up. My childhood was a series of one windowless classroom after another, y'all. I can't wait to see her continued destruction of her pre-war apartment, with her future additions of shag carpeting and wood paneling. Maybe some ugly wallpaper. *cue creepy music*

So what did you guys think of the episode?