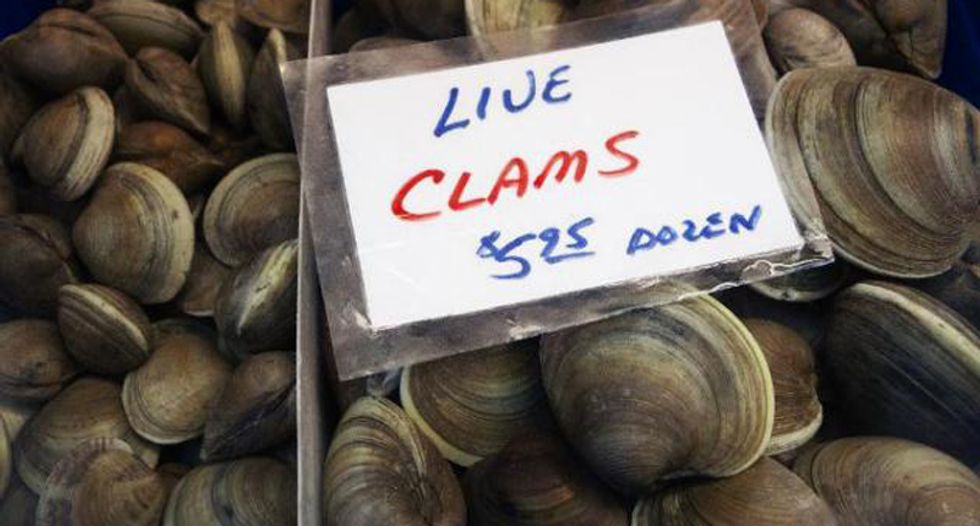 The discovery of a contagious cancer spreading among edible clams off the northeast US and Canadian coasts has stunned scientists and raised new questions about marine health, according to research published (AFP)

The discovery of a contagious cancer spreading among edible clams off the northeast US and Canadian coasts has stunned scientists and raised new questions about marine health, according to research published Thursday.

The study in the journal Cell describes for the first time the unusual kind of leukemia that has been killing untold numbers of clams for years.

"We were pretty amazed," said lead author Stephen Goff, who studies mouse leukemia at the Columbia University Medical Center in New York, and was asked by a marine biologist in 2009 to look into whether a virus might be responsible for sickening clams.

The kind of clams affected by the leukemia are known as soft-shell clams (Mya arenaria). Goff said there is no danger of humans catching cancer by eating a diseased clam.

When Goff and colleagues studied clams taken from Maine, New York and Prince Edward Island in Canada, they found that unlike most cancers, which start when a cell in the body mutates, the leukemia cells did not match the individual clams that were stricken.

However, each case of leukemia was nearly identical, suggesting that it was a cancerous cell line that was transmitting from one clam to another.

"The clue was when we looked at the genotypes of the tumors in the clams, lo and behold the tumors didn't match the host animal they were growing in," Goff told AFP.

"That is pretty weird. When we looked at tumor samples from across the East Coast they were all almost identical to each other," he added.

"Astoundingly, the conclusion is that this is spreading as a tumor line from animal to animal and that is how each animal gets sick."

Only two other kinds of contagious cancers are known in mammals. One is a facial tumor that spreads among Tasmanian devils, and the other is a cancer that spreads like a venereal disease among canines.

Now that the clam cancer has been identified, a host of new questions have arisen.

How long has this cancer been around? What causes it? How common is it? Can it spread to other species? Could pollution be playing a role, by making cells more likely to mutate, or weakening clams so they are more vulnerable to illness?

Scientists don't have any of the answers yet.

"It must have arisen sometime back in history in one of these animals. It is spreading and that is all we know," he said.

But Goff said further study of clam leukemia might also offer interesting insight into metastasis in human cancer, since the clam leukemia seems to move from one host to another so easily, much the way cancer can spread from one part of the body to another.

"People are very keen to know what allows a cell to do this."