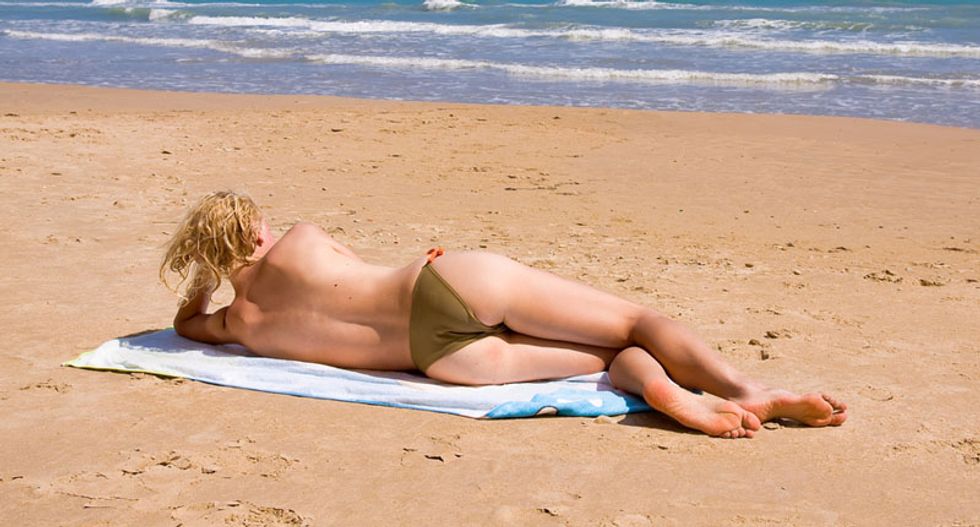 Venice boardwalk, the Californian bohemian mecca which draws gawkers from around the world, may get a new attraction: female breasts.

The city’s neighborhood council voted on Tuesday to let women sunbathe topless on the beach, saying it will consolidate the area’s progressive, European vibe.

“This is a serious equality issue,” Melissa Diner, the council community officer who sponsored the motion, said. “It is keeping Venice in tune with its liberal heritage.”

Diner said she was inspired by the #FreeTheNipple campaign , which protests censorship and double standards for male and female nudity.

Council members voted 12 to 2 in favour of the motion that women be “afforded the same rights as men to sunbathe topless on the sands of Venice Beach”. Two other members abstained.

It is uncertain whether the proposal will come into force. The neighbourhood council will send formal requests to city councilman Mike Bonin, Los Angeles mayor Eric Garcetti and the Los Angeles County board of supervisors, which has jurisdiction over the beach.

“Nude sunbathing was perfectly legal in LA until the mid 1970s when a formerly quiet nude beach was discovered by a man (with) a wide angle lens. The photos were published world wide causing a crush of voyers and poseurs, forcing the city council to ban nude sunbathing city wide,” Lucks said via email.

“The VNC vote was taken with a grain of salt, as those of us who were around in the 1970s know full well what happened before is unlikely to be allowed again.”

It is not the first topless campaign in Venice. The sixth annual Go Topless Day was held here in 2013 .

The boardwalk draws an estimated 16 million visitors each year, some drawn by the sunshine and surf, others for the chance to see an eclectic outdoor community of artists, bodybuilders, skateboarders, buskers, attention-seekers and self-proclaimed oddballs, including the Venice Beach Freakshow.

Diner, 33, framed her proposal as a step toward equal rights. “I’m a woman of the 21st century. I just want to inspire people to get involved. It’s exciting to be having this conversation.”

Diner, a communications manager for an app for cooks, said bare breasts would be in keeping with a European ethos – Venice was founded in 1904 as a seaside resort with canals to mimic its Italy’s Venice – given that topless sunbathing is common across Europe.