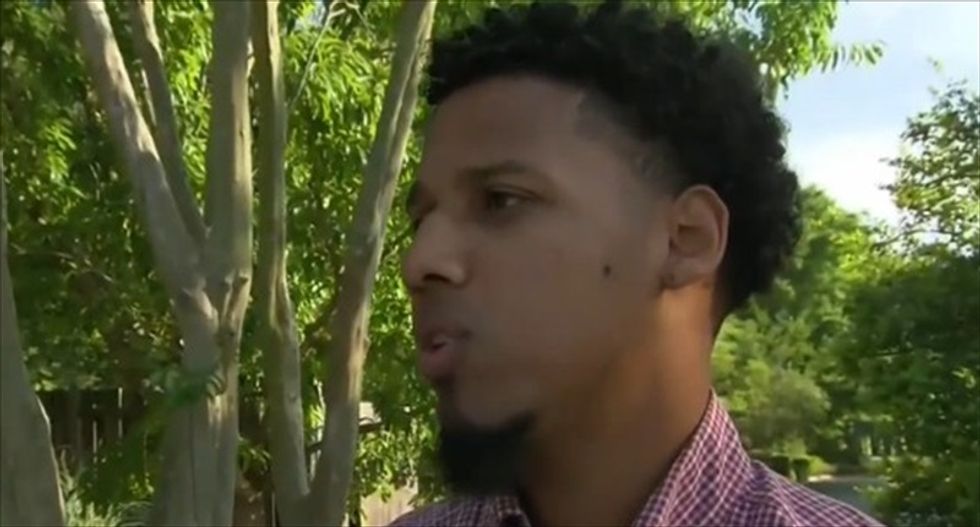 Publicists have begun demanding $10,000 from media outlets for the right to show the cellphone video footage of a police officer fatally shooting a man as he ran away in South Carolina that led to the officer being charged with murder.

Representatives acting for Feidin Santana, the passerby who filmed patrolman Michael Slager killing Walter Scott in North Charleston earlier this month, are sending emails to news organisations instructing them to “cease and desist use of the footage immediately”.

“The period of fair use of this footage has now expired,” Margaux Nissen Gray of Markson Sparks wrote to the Guardian on Tuesday, “and all further use of the footage requires licensing through Markson Sparks.” Media must also pay to use still frames from the video, according to the firm.

Nissen Gray said in a telephone conversation on Tuesday: “The starting figure is $10,000 for the footage, and then each still can be used for another amount.” She said prices could be negotiated and that licensing deals could be struck for up to two years.

As the person who filmed the footage, Santana owns the copyright. However according to the Copyright Act of 1976, the use of copyrighted material for purposes including “criticism, comment, news reporting” and several others is not an infringement of copyright. A series of disputes over whether individual cases represented fair use have arisen in the US courts.

Christopher Sprigman, a law professor at New York University who specialises in copyright, said the claim that the moment during which the footage was covered by fair use had now passed was “just silly”.

“This remains a newsworthy event,” said Sprigman. “Somebody died and somebody has been charged. There is continuing action in this case, which will continue to be in the news for a long time.”

Ryan Julison, a spokesman for the Scott family’s legal team, said they would be “forever grateful” to Santana for coming forward with the video. “He owns the video, it’s his property, he was gracious enough to share it with the family, but the reality is he’s free to do whatever he feels is best for him,” said Julison. “The family has no ill-will or negative feelings toward him.”

Amateur video footage of police and arrests has quickly become central to a national and international debate over the use of force by law enforcement that was revived by the killing of Michael Brown in Missouri last year.

Cellphone video of the arrest last week of Freddie Gray , a 25-year-old in man Baltimore, Maryland, who later died of a broken neck, may prove critical in any action taken against the officers involved, according to Billy Murphy, an attorney for his family.

“A picture says a thousand words,” Murphy told the Guardian. “But a video tells ten thousand.”

Slager was charged with murder earlier this month after Santana passed his footage to the family of Scott, who was 50. Police said after the shooting that Scott fled with Slager’s stun gun after a confrontation over a traffic stop. But when it surfaced on 7 April, the video showed Scott was shot eight times in the back as he ran away without the stun gun.

The Guardian published the video the next day , then synced the footage with police audio to show an apparent discrepancy in Slager’s accounting of the incident.

The prosecution against Slager is active and he is due to appear in court for a second time in August. Attorneys for Scott’s family have repeatedly referred to Santana as a hero and said no action could have been taken against the officer without his video footage, which revealed a different account of the incident to the official version of events.

Asked why they believed the footage needed to be licenced, Nissen Gray said: “We have discussed with our copyright attorneys and ‘fair use’ doesn’t extend to this amount of time that it has been in use. So because the footage belongs to Feidin Santana he is eligible to licence it.”

Nissen Gray said the firm, which is based in Australia, had been contacted by Santana’s attorney, Todd Rutherford. The firm’s chief executive, Max Markson, “deals with sort of thing regularly”, said Nissen Gray. Markson could not be reached for comment.

A staff member in Rutherford’s law offices said Rutherford was in session in the South Carolina legislature, where he serves as a representative. The staff member could not confirm details of the arrangement. Rutherford did not immediately respond to a message seeking comment.

Asked whether the firm expected criticism for asking for payment of footage in which a man is depicted being killed, Nissen Gray said she was “not eligible to be quoted”.