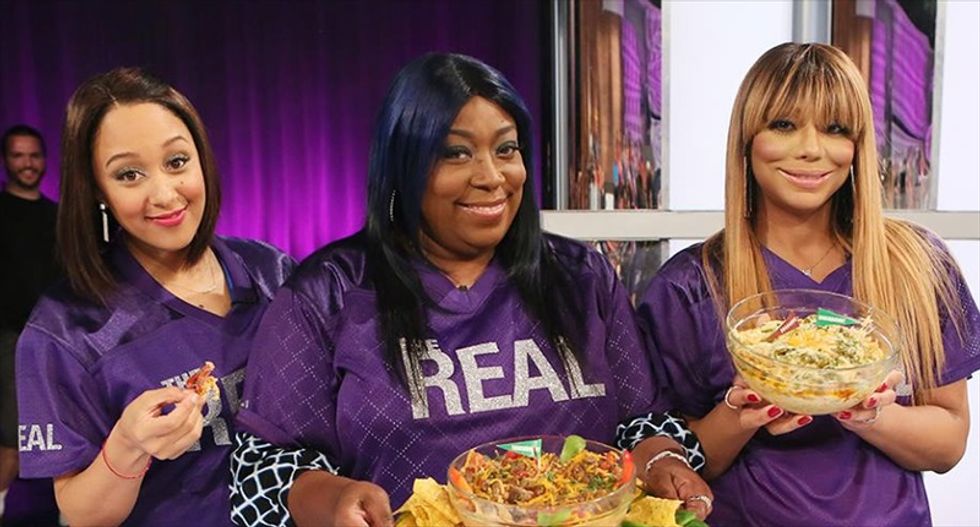 The Council on American-Islamic Relations (CAIR) accused officials at Warner Bros. of forcing two Muslim women to give up their front-row seats at a talk show taping because of an alleged ban against hijabs, Addicting Info reported.

The women were allegedly asked to sit off-camera during a taping of the daytime show The Real in Los Angeles this past February. CAIR's Los Angeles office said in a statement that, while the women complied with the request, the studio had no legal authority to enact such a rule.

"No studio should maintain such a discriminatory policy that prohibits people wearing religious head coverings from being seen in its studio audiences," said Fatima Dadabhoy, a civil rights attorney for the group. "It's especially baffling that this particular show would want to hide their visibly-Muslim viewers, when the show purports to cater to a wide-ranging audience with its diverse cast."

CAIR's statement also highlighted a remark from one of the show's hosts, Tamera Mowry-Housley, gushing about the show's diverse outlook.

"I love to be traditional and just because you are conservative or a traditional person doesn't mean you have to be boring!," she said on the show's website. "The greatest thing about America is its diversity and this show reflects that diversity. No matter who you are, there is someone at this table that will be speaking for you."

Dadabhoy's group said it filed a complaint late last week with the California Department of Fair Employment and Housing. But according to the Hollywood Reporter, Warner Bros. was not aware of the incident and never received a copy of CAIR's complaint.

"Warner Bros. policy is to welcome everyone and anyone into our studio audience," the studio said in a separate statement. "The Real is a show that was created to represent and celebrate diversity. We take this inquiry seriously and are looking into the matter."