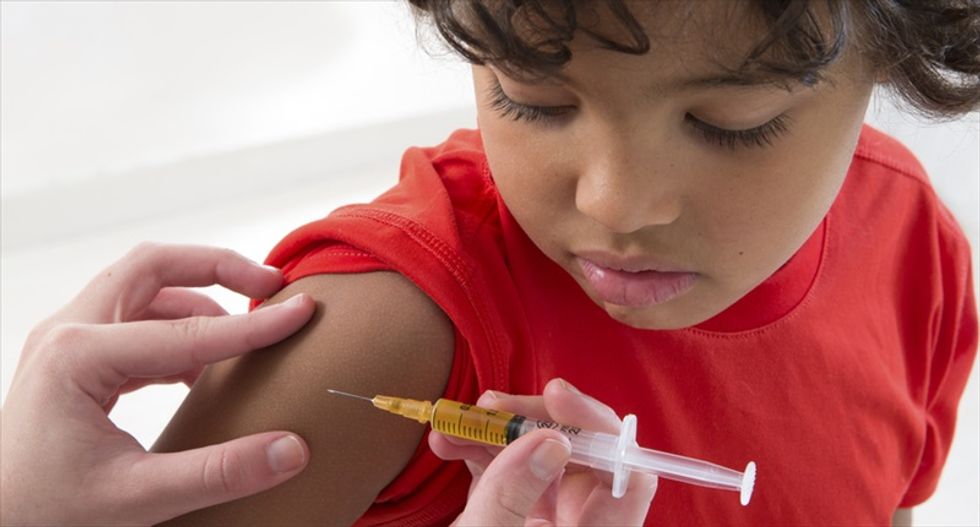 A Washington state school district pulled 143 students who lacked documentation proving they had received required immunizations from classrooms on Monday, in a first-in-the-state clamp-down triggered by a recent measles epidemic.

The Spokane Public Schools, the state's second-largest district, made the decision after a measles epidemic in which more than 150 people fell ill across the United States, and a whooping cough outbreak in the state's eastern city.

"(The students) stay out of school until they show compliance," district spokesman Kevin Morrison said. He said the district was the first in the state to take such action.

All U.S. states require certain vaccines for students for diseases such as mumps, rubella, tetanus or polio, but school immunization laws grant exemptions to children for medical reasons, including an inhibited immune system.

Almost all states also grant religious exemptions against immunizations, with 20 states also allowing philosophical exemptions, according to the National Conference of State Legislatures.

Parents who want to opt out of school shots on philosophical, religious or medical grounds in Washington state, which saw measles cases in the recent epidemic, though none in Spokane public schools, must file a state-mandated waiver with the district, Morrison said.

About 500 of the district's 30,000 students lack the waivers, down from some 5,000 students flagged in November as having missing or unclear immunization status, Morrison said.

In February, officials started instructing parents that their children needed vaccinations or waivers and held a series of health clinics across the region, though the efforts have been complicated by school transfers and old record-keeping.

"It's a lot of hand-holding, it's labor intensive," Morrison said.