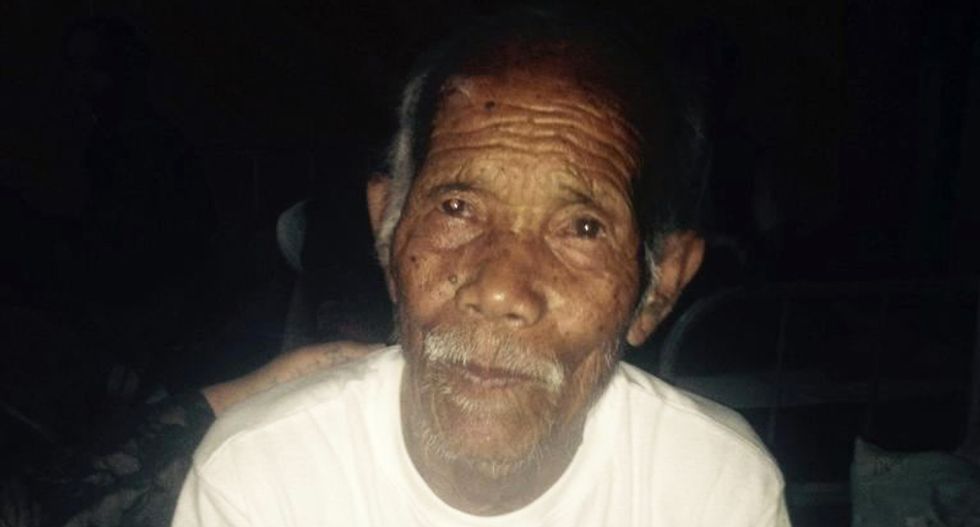 Rescuers have pulled a 101-year-old man alive from his ruined home a week after Nepal's earthquake claimed at least 7,200 lives, as the government warned Sunday the death toll will climb "much higher".

Funchu Tamang was rescued on Saturday from the rubble of his house with only minor injuries to his ankle and hand, after the quake ripped through the impoverished country on April 25.

"He was brought to the district hospital in a helicopter. His condition is stable," local police officer Arun Kumar Singh told AFP from Nuwakot district, around 80 kilometres (50 miles) northwest of Kathmandu.

Police also pulled three women alive from under rubble on Sunday in Sindhupalchowk, one of the worst-hit districts, although it was not immediately known how long they had been trapped.

The rescues were rare good news for the devastated country after officials on Saturday had ruled out finding more survivors buried in the ruins and the focus shifted to trying to deliver aid to thousands in remote Himalayan areas.

Finance Minister Ram Sharan Mahat said the death toll was likely to jump once relief teams reached mountain villages flattened in the worst quake to hit the nation in more than 80 years.

"There are still villages where we know that all houses have been destroyed, but have not yet been able to reach," Mahat said in a statement.

"The aftershocks have not receded and we expect the final casualty numbers to climb much higher," the minister said, as he appealed for hundreds of millions of dollars in foreign donations to help rebuild the country.

The 7.8-magnitude quake wreaked a trail of death and destruction, reducing much of the capital Kathmandu to rubble and triggering a deadly avalanche on Mount Everest.

Although teams of rescuers from more than 20 countries have been using sniffer dogs and heat-seeking equipment to find survivors in the rubble since the quake, no one has been pulled out alive in Kathmandu since Thursday evening.

In the worst-hit districts of Gorkha and Sindhupalchowk, almost 90 percent of the mostly stone and mud homes have been destroyed, the United Nations said in its latest situation report.

"Our priority now is really to try to reach those people (in remote areas), get immediate assistance to them," the UN's head of humanitarian affairs Valerie Amos said.

But Amos has said she was worried that the tonnes of foreign aid pouring into Nepal was being held up by red tape.

"I was extremely concerned to hear reports that customs was taking such a long time," Amos told AFP on Saturday, saying she had asked Prime Minister Sushil Koirala to speed up customs clearance for aid materials.

"He has undertaken to ensure that happens, so I hope that from now we will see an improvement in those administrative issues."

International planes loaded with relief supplies were pouring into landlocked Nepal, but there have been numerous reports of many getting stuck at Kathmandu's small airport, and customs officials stopping trucks filled with aid from crossing into the country from neighbouring India.

The airport has been closed to heavy planes due to concern about the condition of the single runway after the quake and a series of strong aftershocks, said Birendra Prasad Shrestha, manager of Tribhuvan International Airport.

"We have issued a notice saying that aircraft with a total weight exceeding 196 tonnes will not be allowed to land at Kathmandu airport," Shrestha told AFP.

"There are no visible cracks in the runway but there have been so many tremors recently that we have to take precautions -- we don't know what's happening below the surface.

"This runway is the only lifeline for Kathmandu -- if it goes, everything goes."

The death toll from the disaster has hit 7,250, according to the Emergency Operations Centre, with more than 14,000 injured. More than 100 were also killed in India and China.

Fifty-one bodies, including those of six foreigners, have been found in the popular Langtang trekking region hit by a quake-triggered avalanche.

"We estimate that about 100 foreigners might still be missing in the area," said senior local official Uddav Prasad Bhattarai.

"Our priority was to get the survivors out. We rescued over 350 people, about a half of them were tourists or guides," he told AFP in Rasuwa district that includes Langtang, north of Kathmandu.

In the worst-hit villages, whose roads are blocked by debris, providing shelter is a priority, the UN's situation report said, while three million people throughout the country need food.

Helicopters to deliver aid are in short supply, the report said, and frustration among survivors yet to receive any assistance is growing.

Some 200 Chinese police and engineers were crossing the border from Tibet into Nepal to work on reopening a main road between the two countries, China's state media said.

As much as $3 million may have been raised to support the Jan. 6 rally in Washington, D.C., that preceded the attack on the Capitol, according to interviews and documents reviewed by ProPublica, with some money flowing to Republican dark-money groups that helped bring crowds to the event.

Caroline Wren, a former top fundraiser for the Trump campaign, managed distribution of some of the money raised to support the rally. She told one associate that she sent funds to a number of political organizations backing the event.