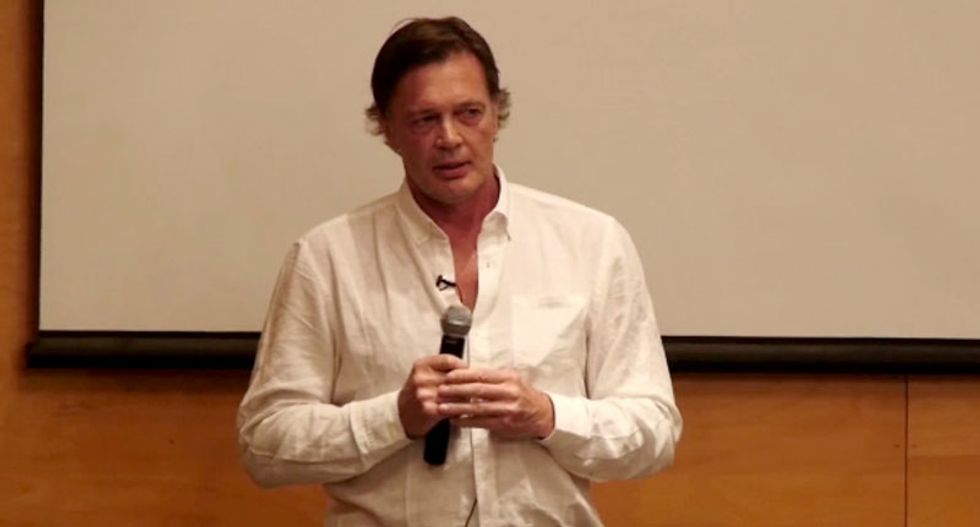 A former British medical researcher who helped stir up fears about the safety of vaccines claims the media has colluded with the pharmaceutical industry to destroy his reputation.

Andrew Wakefield helped legitimize the so-called anti-vaxx movement by publishing a study in The Lancet in 1998 that claimed the measles, mumps and rubella (MMR) vaccine was linked to autism. The study of 12 children was later retracted by the prestigious scientific journal, and he was banned from practicing medicine in Britain.

During a conference in Orange County held by the group Moms in Charge, Wakefield complained that his career as a scientist had been ruined.

"As someone who has published science for a long, long time I've realized that they can simply destroy that," he said during the April conference. "You can destroy a career of a scientist in five minutes -- in five minutes. And it will take a lifetime to restore -- if ever. It is so easily done."

"And even our own people who know this is going on say, look, we can't appear on a stage or in an article or support whatever that person is doing because they've made them discredited. What do we do by doing that? We fulfil the agenda of the public relations company of the pharmaceutical industry."

He claimed that former CBS News reporter Sharyl Attkisson had personally told him that CBS took orders from the pharmaceutical industry.

Wakefield also urged members of the Moms in Charge group to fight a bill in California that would end the right of parents to exempt their children from vaccinations based on their personal beliefs.

"The plank of their argument from which everything else flows is that vaccines are safe and effective," he remarked. "And if you can pull the rug from under those, then there is no bill."