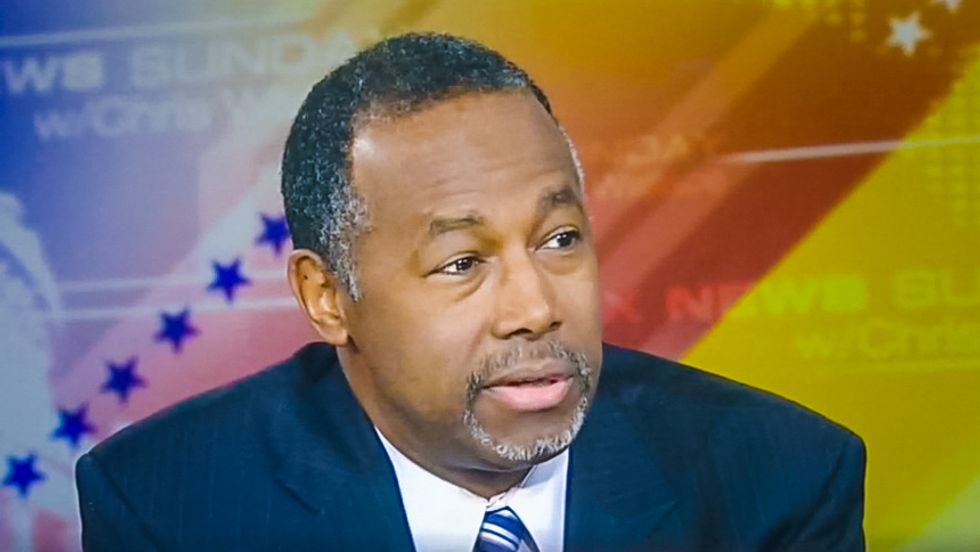 2016 candidate Ben Carson said on Saturday that Republicans shouldn't let the progressives "bully" them and allow the government to infringe on their religious liberty, TPM reports.

The Tea Party favorite delivered such comments to a group of Republicans during the Southern Republican Leadership Conference in Oklahoma City.

Carson wasn't shy about his persecution complex in his speech.

"Don't let the secular progressives drive God out of our lives," Carson said. "We have to stop letting them bully us. . . . We back down too easily. It's an important part of who we are."

He also invoked the "founders" and accused progressives of politicizing religion and persecuting Christians.

"We've gotten everything confused," Carson continued. "We've got to stop making everything into a political issue."