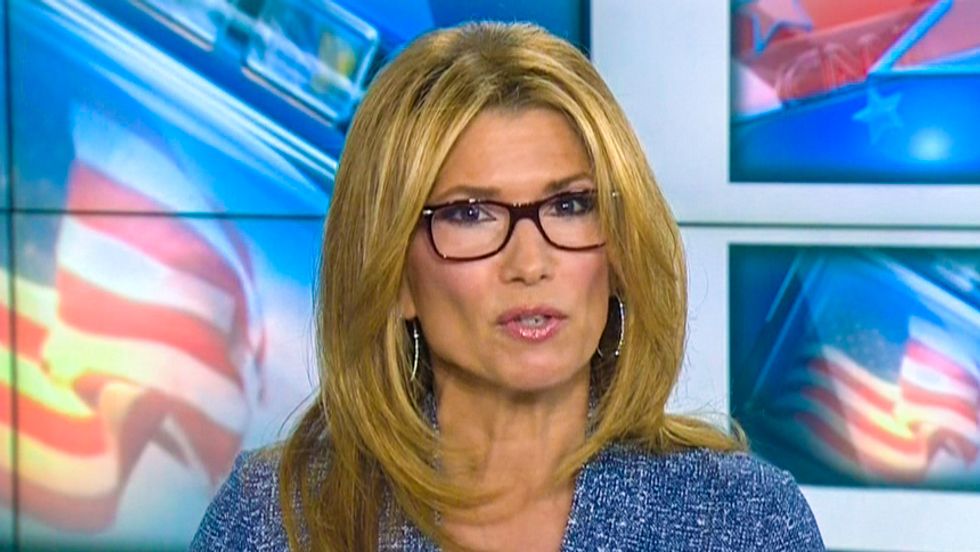 Following Fiorina's announcement on Monday that she was running for the GOP nomination, Costello complained that the Republican candidate had positioned herself as an alternative to Clinton.

"She's sort of setting herself up to be Hillary Clinton's chief attack dog," the CNN host opined. "And Republicans are embracing her. So, it's turning into this weird girl fight almost."

"And she's turning it into one," CNN correspondent Dana Bash agreed. "She talks about it on the campaign trail, Carol. She talks about the fact that it would take the woman issue off the table. The idea that Hillary Clinton is somebody that women and even some men might want to be president because it would be historic, it would be the first female president. Well, she says, 'That would be me too so it would be a non-issue.'"

Costello, however, said that she "wished both Hillary Clinton and Carly Fiorina would stop talking about being the first woman president."

"Because at some point, A, you get tired of hearing it. And secondly, if they're both qualified for the job, being a woman is an aside."