Did this Fox host seriously just ask black people why they don't riot when police officers get shot? 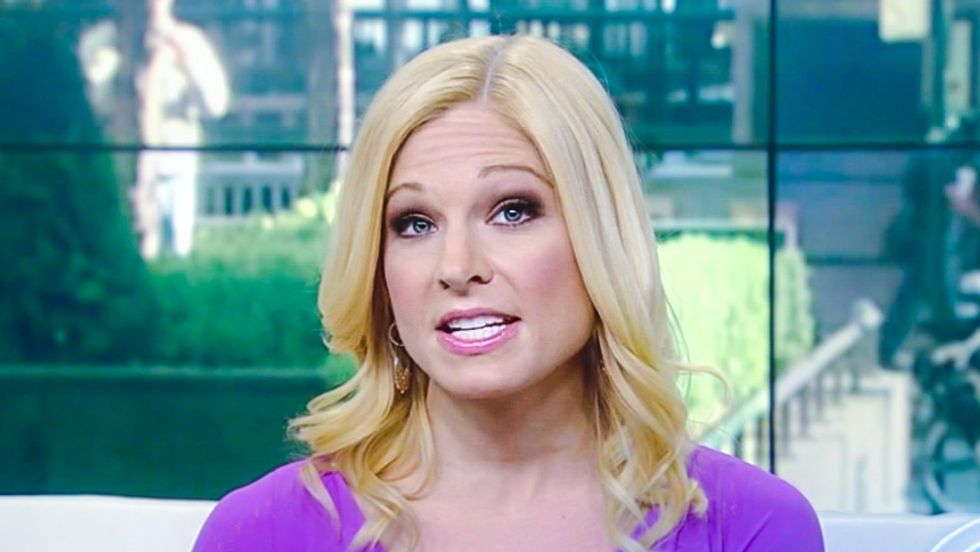 Fox News host Anna Kooiman on Sunday lashed out at the black community for not rioting when police officers were killed in the line of duty as they had over the death of Freddie Gray in Baltimore.

On Sunday's edition of Fox & Friends, Kooiman reported that an undercover officer was shot in Queens while stopping a suspect who police said was suspiciously tugging at his waistband.

"For context, five NYPD officers right here in this city, shot in the past five months," co-host Ed Henry noted.

"Well, you wonder where the outrage is," Kooiman opined. "You see everything that's going on in Baltimore with the unrest, the riots, the arsonists, the looting."

"And you don't wish that upon any community -- and certainly none of us are advocating that when a police officer is murdered -- but where is the outrage?"

Former White House chief of staff Mark Meadows may have been implicated in the Mar-a-Lago documents case by one of Donald Trump's attorneys, according to a new report.

The New York Times reported that Trump attorney Patrick Philbin falsely told the lawyer for the National Archives last September that the former president had taken only non-classified material such as newspaper clippings home with him from the White House, two sources told the New York Times.