Fox guest to Michelle Obama: Don't complain about racism because whites hired you for your black skin 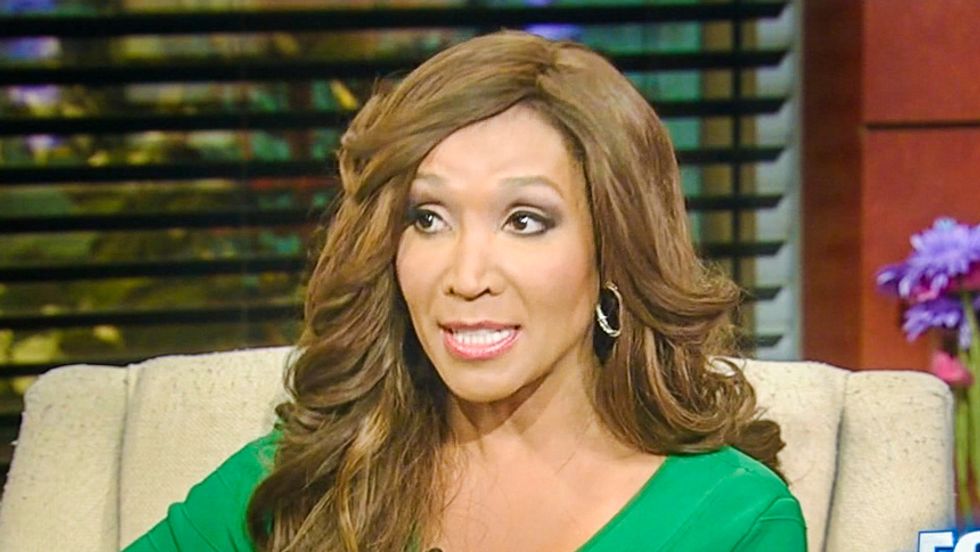 Fox News contributor Angela McGlowan asserted on Tuesday that First Lady Michelle Obama had been wrong to bring up racial issues in a recent commencement speech because she owed her success to the color of her skin.

Speaking at the historically-black Tuskegee University over the weekend, the first lady talked about how black people were treated differently at department stores, made to feel as they were less intelligent, and had their patriotism questioned.

McGlowan argued that Obama's speech may have been acceptable if it had been a "regular time" in the history of the United States, but that she should have avoided the topic because her husband, President Barack Obama, and former Attorney General Eric Holder had "utilized race to divide this country."

"By saying 'we' and 'against us' is saying that there is a white oppressor, that there's a system that's against us," she explained. "However, why didn't the first lady share the reason why she got into Princeton was probably because of Affirmative Action?"

McGlowan admitted that racism was still alive in America, but she insisted that the first black first lady should have ignored it and delivered a "positive message" instead.