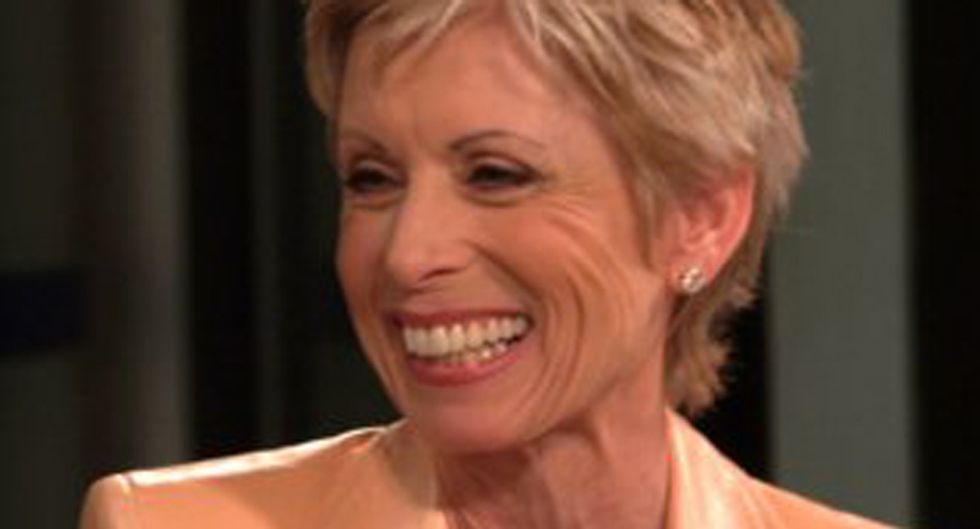 Time and time again, the most strident and sanctimonious moralists in the U.S. turn out to be total hypocrites. Far-right television evangelist Jimmy Swaggart screamed about the evils of adultery and fornication while he was cheating on his wife with prostitutes in the late 1980s; evangelist/cult leader Tony Alamo had spent decades preaching fire-and-brimstone fundamentalism when, in 2009, he was sentenced to 175 years in prison for a long list of sexual abuse charges involving underage girls. And while there are countless priests, nuns, ministers and rabbis who quietly practice what they preach, it is often the pompous moralists who get caught up in sex scandals.

Here are 10 self-appointed guardians of morality who turned out to be major hypocrites.

Bill Gothard, the 80-year-old Christian fundamentalist who founded the Institute in Basic Life Principles back in 1973, is considered extreme even among the Christian Right. Not only is he anti-gay and anti-abortion, but he considers all rock music demonic (including Christian rock), opposes all forms of contraception (even the Catholic rhythm method) and believes that wives should be totally submissive to their husbands and never work outside the home. Gothard has been one of the top proponents of homeschooling and an influential figure in the Quiverfull, or "Christian patriarchy" movement. But in 2014, Gothard resigned as president of IBLP after a major sex scandal: more than 30 women alleged that he sexually harassed them, and one alleged that he molested her when she was only 16.

Far-right Christian fundamentalist George Alan Rekers has a long history of anti-gay activism. He was part of the Family Research Council when the Rev. James Dobson founded that group in 1983, and he spent many years as a so-called “scientific advisor” for the National Association for Research and Therapy of Homosexuality, or NARTH, an organization specializing in bogus “restorative therapy” or “conversion therapy” for gay men. Rekers testified in court many times about how “destructive” and immoral he considered the "gay lifestyle” to be and claimed to offer scientific evidence that gay men could be converted to heterosexuality. But in 2010, Rekers (who was married with children) showed his hypocrisy when he used Rentboy.com, a gay website specializing in male escorts, to find a male companion for a 10-day visit to Europe. The escort told the Miami New Times that he had sex with Rekers during the trip, and Rekers resigned from NARTH because of the scandal.

One of the Christian fundamentalists Gothard influenced was Doug W. Phillips, who became quite influential himself after founding the San Antonio, Texas-based Vision Forum Ministries in 1998. Phillips has been one of the leading proponents of Quiverfull/Christian patriarchy ideology, teaching that all birth control is sinful and that wives must obey their husbands at all times. In 2013, Phillips resigned from Vision Forum after admitting he had cheated on his wife. But according to a Texas woman named Lourdes Torres-Manteufel, who he employed as a live-in nanny, Phillips was more than an adulterer; in a civil lawsuit filed in 2014, Torres-Manteufel alleged that Phillips sexually harassed and coerced her repeatedly, despite her pleas for him to stop.

Newt Gingrich is a shining example of the old saying, there are none so pure as those who have sinned. When Gingrich was serving as speaker of the House of Representatives in 1998, he hounded President Bill Clinton with a vengeance because of his affair with intern Monica Lewinsky. Problem: Gingrich himself had a long history of adultery. He had cheated on his first wife, Jackie Battley, in the early 1980s, and when he was demanding Clinton’s impeachment, Gingrich was cheating on his second wife, Marianne Ginther. But despite all that blatant hypocrisy, Gingrich has maintained a friendly relationship with the Christian Right and had no problem seeking the evangelical vote when he ran for president in the GOP primary in 2012.

When Steve Wiles ran in the Republican primary for a seat in the North Carolina State Senate in 2014, he campaigned passionately against gay marriage in that state. But it turned out that Wiles had been a drag performer in a North Carolina gay bar, where he went by the stage name Miss Mona Sinclair. On top of that, Wiles had been a promoter in the Miss Gay America drag pageant. But that was before he decided to pursue the anti-gay vote in North Carolina. Wiles’ hypocrisy didn’t endear him to primary voters, and he lost to incumbent Joyce R. Krawiec, who went on to defeat Democrat John Motsinger Sr. in the general election.

During his 2013 campaign for a seat in the U.S. House of Representatives, Louisiana Republican Vance McAllister was fond of the phrase, “faith, family and country.” McAllister was elected on an anti-gay marriage/anti-abortion platform. But McAllister’s commitment to “traditional marriage” was called into question when, in 2014, a video from a security camera showed he was cheating on his wife. In the video, McAllister was passionately kissing his scheduler, Melissa Hixon Peacock, who was married to long-time friend and campaign donor Heath Peacock and had a son with him. McAllister issued an official statement saying he had “fallen short” and was “asking for forgiveness from God, my wife, my kids,” but Heath Peacock told CNN that McAllister’s man-of-faith routine was merely an act and that he was “about the most non-religious person I know.”

Republican Paul Stanley was not shy about pandering to the Christian Right during his years in Tennessee politics. Stanley was stridently anti-gay, once sponsoring a bill that would have banned same-sex couples from adopting children in the state (the bill was defeated). Stanley opposed funding for Planned Parenthood not only because he was anti-abortion, but also because he believed Planned Parenthood promoted sinful premarital sex. Stanley also opposed adultery—or so he said. In 2009, it was revealed that Stanley (who was 47 years old and married with two children) was having an affair with a 22-year-old intern named McKensie Morrison. When Morrison’s boyfriend, Joel Watts, tried to blackmail Stanley with some sexually explicit pictures documenting the affair, Stanley went public and resigned from the Tennessee State Senate (Watts pled guilty to blackmail and was sentenced to one year of probation). But that wasn’t the end of Stanley’s involvement in "family values” politics; he went on to become political editor of the Christian Post.

During her long career in talk radio, Dr. Laura has been a strident, in-your-face moralist. The Brooklyn native has been consistently anti-gay (she infamously claimed that “a huge portion of the male homosexual populace is predatory on young boys”) and has spent many years preaching against abortion, porn, sex education and any type of sex outside of marriage. Schlessinger opposes interfaith marriages (which she calls “interfaithless”), and has argued that married couples that opt not to have children are selfish and hedonistic. But an examination of Schlessinger’s own history demonstrates that she hasn’t always practiced what she preaches. In the mid-1970s, Schlessinger posed for some nude and topless photos taken by the late shock jock Bill Ballance, and in the late 1990s, the photos appeared on the Internet after Balance sold them to an adult website.

Despite the fact that same-sex marriage is now legal in most parts of the U.S., many Republicans still use homophobia to rally their fundamentalist base. In North Dakota, one such Republican is State Rep. Randy Boehning, who has been a strong supporter of that state’s ban on same-sex marriage and has opposed laws that forbid discrimination against gays. But Boehning’s hypocrisy came to light in April, when the North Dakota Forum reported that he had sent a sexually explicit photo of himself to a Bismarck man, Dustin Smith, via the gay dating smartphone app Grindr. Smith went to the Forum after learning about Boehning's anti-gay voting record and Boehning came out as bisexual.

Rush Limbaugh has spent much of his career painting himself as a paragon of virtue and morality. He was a strong supporter of the war on drugs in the 1990s, arguing that Americans with substance abuse problems were reprobates who deserved long prison sentences, In 2003, however, it was revealed that he had a severe addiction to OxyContin and would be going to rehab. But then, Limbaugh has always been full of contradictions. He applauds the Christian Right and condemned Clinton for committing adultery, yet he has been through two divorces, often uses off-color humor and sexual innuendos on his show, and was detained at a Florida airport in 2006 for having a bottle of Viagra that was not in his name. Then there was Limbaugh’s hateful attack on law student Sandra Fluke in 2012: When Fluke said that health insurance plans should cover female contraception, Limbaugh calld her a “prostitute” and a “slut” and argued that if taxpayers were going to pay Fluke to have sex, she should film the act and make an adult video for his viewing pleasure. Leave it to Limbaugh to exploit sex while pandering to the Christian Right’s hatred and fear of it.