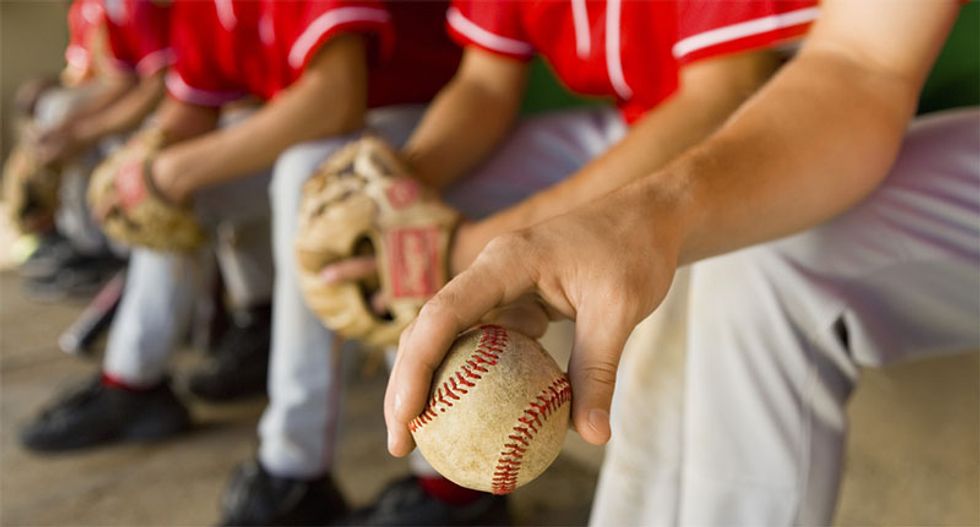 The student player from Pinole Valley High School in California said those hateful words following a game against Saint Mary's College High School of Berkeley on Wednesday. The racial slurs were slung at the family of an opposing player.

"Obviously, I was dismayed, very distressed by what had occurred and without question it was unacceptable," Bussell Bloom, a parent of a Saint Mary student said.

The athlete had signed a letter of intent and was offered a scholarship from California State University Northridge. However, the recruiters dropped him after they found out the controversy as the athlete was tagged in tweets with the video.

"It's given these kids an opportunity to see how far reaching their conduct can be and that's an important lesson," Bloom commented.

"Discipline is essential, consequences are essential, but redemption is also essential," the principal of St. Mary's, Peter Imperial said to KGO.

Due to the sensitive nature of the story, the student is not being named. The two school districts involved put out statements, and students at Saint Mary's brought the discussion into the classroom.

"This is a teachable moment and our greatest hope is that we minimize unnecessary hurt here," said Imperial.

However, Bloom told his son to turn Twitter off because he thinks some Twitter feeds about the incident are unproductive.

"Difficult to explain to my son that there are people out there who may not be ready to understand or recognize the power of what happened," he said.

The family who received the slurs also acknowledged that this was a powerful lesson to learn for youth.

The family wished the student player luck. "We pray that this experience teaches him and his friends and family the power of words. It is time to begin the healing process," they said.