REVEALED: Josh Duggar sued Arkansas in 2007 because they investigated his sexual assaults 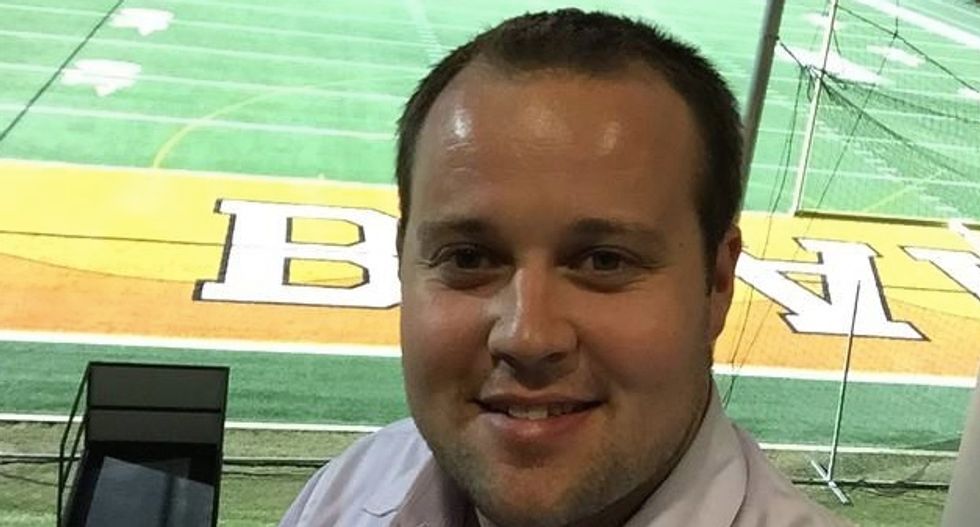 Josh Duggar filed a lawsuit against Arkansas' Department of Human Services in 2007, shortly after the agency began investigating him for multiple charges of sexual assault, In Touch Weekly reports.

Though Springdale police declined to prosecute Josh Duggar for molesting several girls -- including some of his sisters -- in 2006, the department referred Duggar's file to the state's Families in Need of Services agency, a body that monitors criminal cases against juveniles. Families in Need, in turn, informed Arkansas' Department of Human Services of the allegations against the former star in TLC's hit reality show, "19 Kids and Counting."

During the course of the Department of Human Services' investigative proceedings, Josh Duggar took issue with the municipal entity and filed suit.  "A trial was held on August 6, 2007," writes In Touch Weekly. However, "the results of the investigation into the Duggars and Josh’s trial are sealed."

Born on March 3, 1988, Josh Duggar would have been 19 years old at the time of his trial. ArkansasOnline points out that one of Duggar's victims is still a minor. Even if the survivor is nearing 18 years of age, she would have been at most 9 years old during the summer her brother appeared in court to defend himself against years of sexual assault charges.

A Change.org petition calling for further legal scrutiny of the Duggar family's began circulating on Monday, and had garnered more than 1,000 signatures by Wednesday afternoon. The petition calls on the Department of Human Services and the Arkansas state police to "launch a formal investigation into 19 Kids and Counting," as well as the Duggar parents, "for not reporting child molestation."

Josh Duggar admitted last Thursday to multiple counts of molesting underage girls. TLC has since pulled the family's show from the air. Politically connected within the Republican party, Josh Duggar stepped down this week from a senior lobbyist position with the conservative Family Research Council. Josh Duggar has never been prosecuted for his crimes.