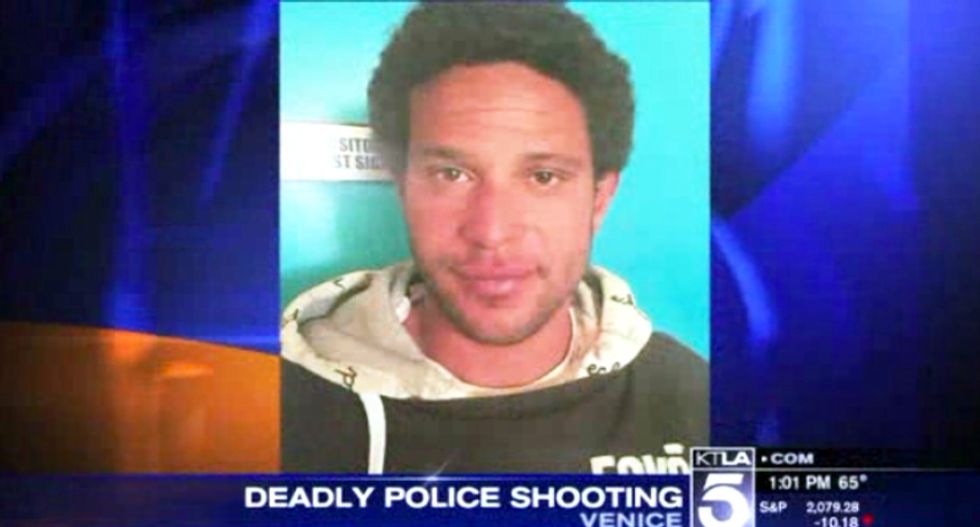 After reviewing video of an officer-related  shooting that claimed the life of an unarmed transient on Venice Beach, Los Angeles Police Chief Charlie Beck said he was disturbed by what he saw, telling reporters he saw "No extraordinary circumstances," that should have led to the shooting.

KTLA reports police have identified the victim as Brendon Glenn, 29, a popular street person who was well known in the homeless community in the seaside town.

According to police reports, Glenn was involved in a confrontation with a bouncer outside of a bar Tuesday night. After police responded to the call, Glenn was confronted by the officers leading to a struggle resulting in the young man being shot.

Glenn was transported to a local hospital where he later died.

According to KTLA, video exists of the shooting taken by high definition surveillance cameras recently installed by the bar's owner.

A close friend of Glenn's described him as a "peacemaker" not a fighter.

“Whatever reason that they had to shoot him, I don’t think it was justified because he wasn’t a confrontational human being by any means,” Henry Geller said. “He was definitely like a peacemaker.”

According to the director of a local support center for homeless youth, Timothy Pardue, Glenn had recently moved to California after leaving New York and was trying to get his life together.

“He was crying and he was even saying he wanted his mom, and he just said his mom didn’t want him back home,” Pardue said. “He struggled with a lot of things.”

LAPD internal affairs is currently investigating the shooting before turning their findings over to the police chief.