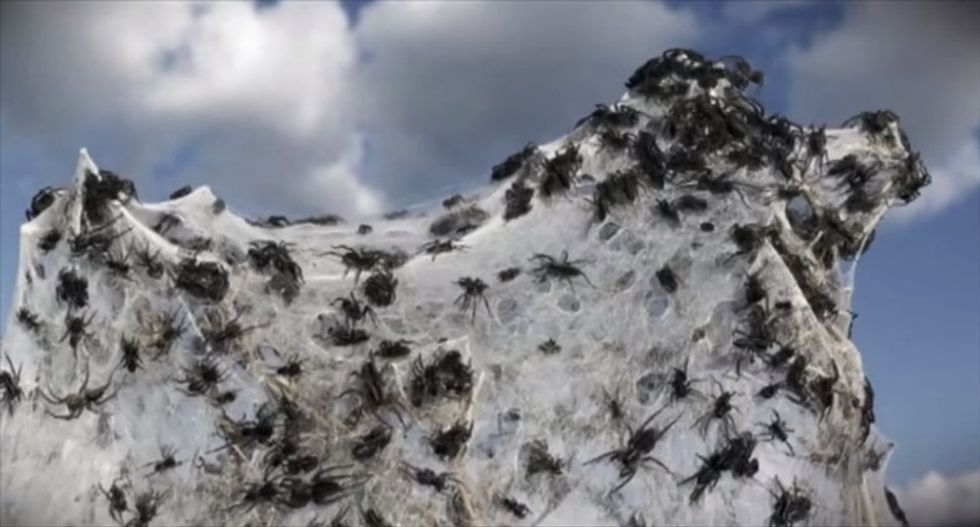 Residents in the the Australian Southern Tablelands have been dealing with millions of uninvited guests -- specifically, baby spiders who have literally descended on his home thanks to a phenomenon known as "ballooning," the Sydney Morning Herald reported.

"The whole place was covered in these little black spiderlings," Ian Watson said. "When I looked up at the sun it was like this tunnel of webs going up for a couple of hundred meters into the sky."

Watson started noticing the "spider rain" at his home in Goulburn earlier this month, and learned that his neighbors were also dealing with the issue.

Experts cite changing weather patterns as the impetus for this type of mass migration, in which the spider will use a streamer of gossamer to glide through the air.

"It tends to happen a couple of times per year, usually on clear days with slight winds," said Keith Basterfield, who has studied the phenomenon. "I was on the Bureau of Meteorology last week and watching the weather for Goulburn and the conditions were just right."

According to the Daily Mail, most of the spiders who take part in "ballooning" are non-poisonous, and tend to disperse once they reach their destinations. But it is reportedly rare when a migration of this scale takes place.

Watch a video explaining the phenomenon, as posted by On Demand News, below.