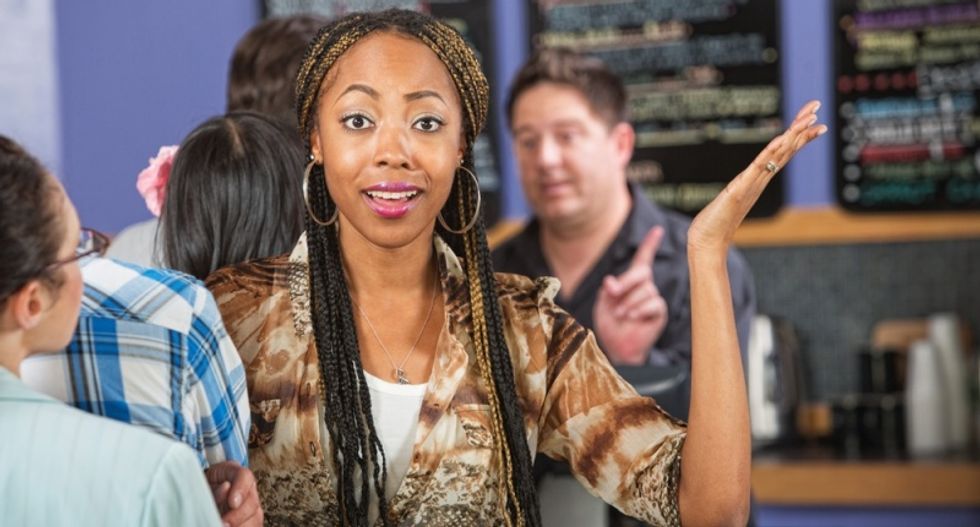 A New Orleans restaurant has apologized for printing the word "N****R" on a receipt and then delivering the check to a table at which four black people were wrapping up their meals, WDSU reports.

At Huck Finn's Cafe on Thursday afternoon, a waiter delivered a check to Liryca Neville Branch and three of her coworkers, with the word "N****R" listed as an item on the receipt. Below that: the phrase "100% Dislike," and an associated price of negative $16 -- the cost to refund a catfish platter Branch had returned to the kitchen.

"We don't condone that at all," a manager at the French quarter restaurant tells WDSU reporters, adding that the server who typed up the incendiary receipt is no longer employed by the establishment. "He's gone and that's it."

“This is unacceptable. I couldn't sleep last night,” Branch tells the New York Daily News on Friday. “It’s 2015. You would think that we wouldn’t have to deal with this stuff right now. It just shows that racism is alive and well.”

After noticing her lunch receipt's offensive content, Branch approached a restaurant employee and requested to speak with a manager. The worker explained that including racial slurs on customer checks is "part of a joke employees play on black employees who work 'in the back' of the restaurant."

Not long after Branch left the cafe, her mother, Gaynielle Neville, posted a photo of the receipt Huck Finn's had issued her daughter on Facebook. Neville happens to be a famous New Orleans musician, who is related to other famous musicians. Including the Neville Brothers.

"This is not right,” Neville says of her daughter's treatment at Huck Finn's Cafe. “You’re supposed to treat people as human beings.”

Neville's receipt photo went viral on social media. Here's a screenshot, with the most offensive word partially covered in blue: 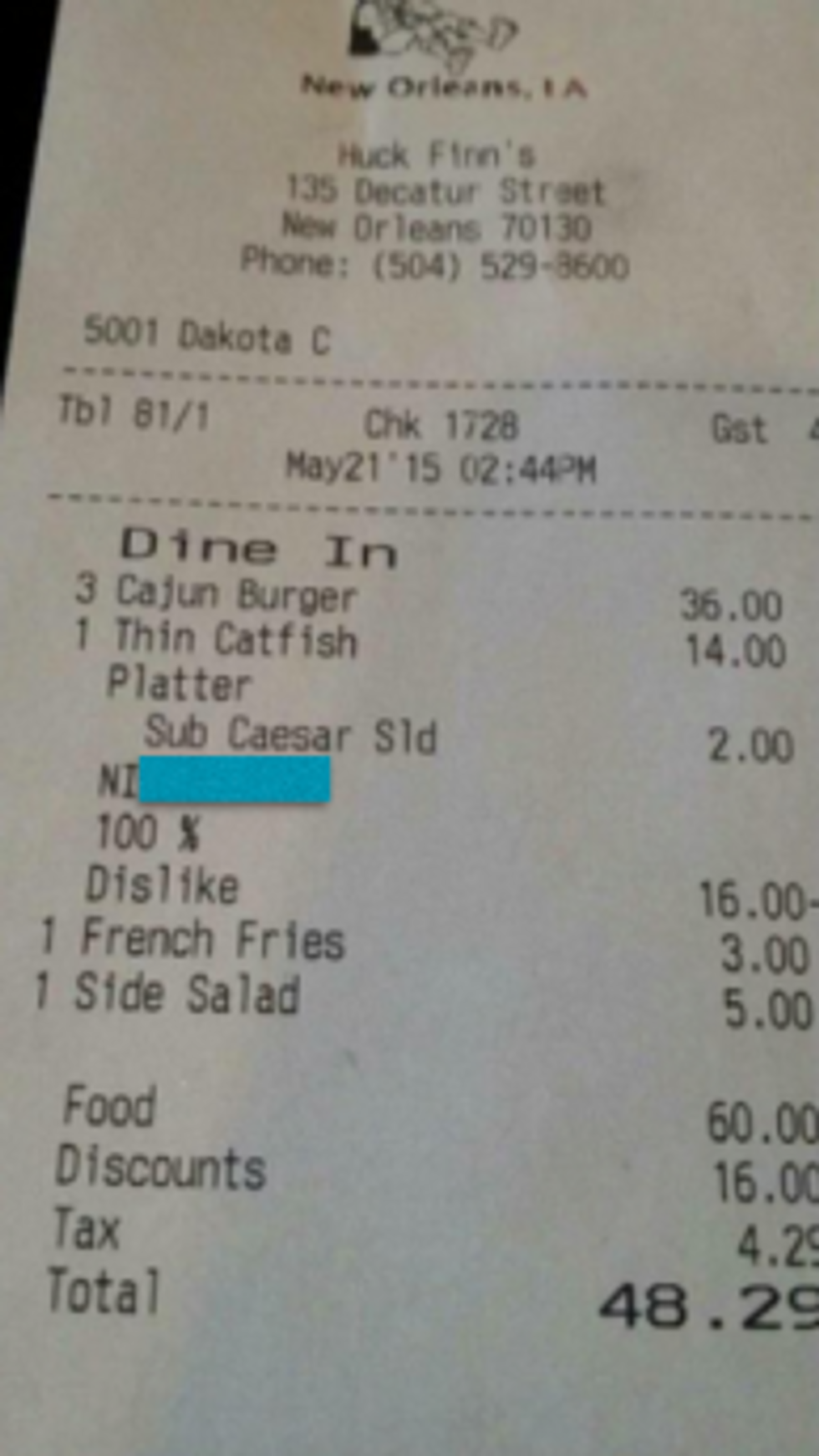 On its website, Huck Finn's Cafe has posted a "Statement Regarding Customer Receipt," formally apologizing for the "for any inconvenience this may have caused," and confirming that the employee who'd delivered Branch her check on Thursday had been fired.