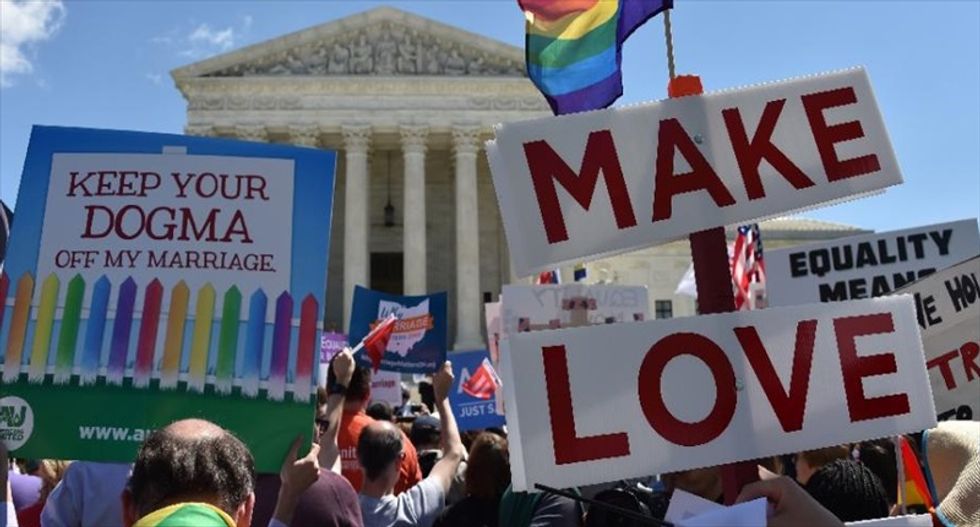 Supporters of same-sex marriages cheer outside the US Supreme Court on April 28, 2015. Photo by Mladen Antonov for Agence France-Presse.

Support for same-sex marriage in the United States is at an all-time high of 60 percent, a new poll showed Tuesday as the Supreme Court gears up to weigh in on the issue.

The rate of support rose five percent from last year, and is at its highest since surveys began to address the matter in 1996, pollsters Gallup said in a statement.

A majority of Americans first supported legal marriage for gays and lesbians for the first time in 2011, Gallup said; since then, the number has steadily risen.

"Support for the legality of gay marriages in the US has been a fast-changing trend. Just two decades ago, only 27% of Americans backed gay marriage, while 68% opposed," Gallup said.

The US Supreme Court is due to rule on the constitutionality of same-sex marriage in a month, a landmark ruling which could settle once and for all legal questions surrounding marriage for lesbians and gays.

In the US federal system, 37 out of 50 states, plus the capital Washington, DC, already allow same-sex marriage. Other states do not allow it, and do not recognize those marriages from other US states.