Pam Geller lashes out at critics: You're saying the 'pretty girl caused her own rape' 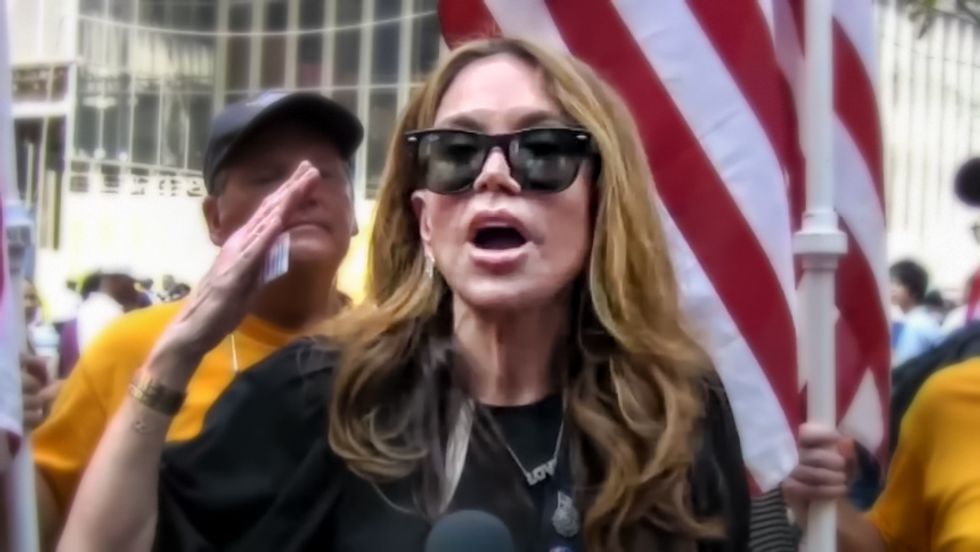 Mayor Douglas Athas of Garland, Texas said this week that anti-Muslim crusader Pam Geller and her group put the lives of law enforcement and citizens in danger by bringing a "draw Muhammad" cartoon contest to their city.

In an interview this week, Athas told BBC News that he did not know why Geller chose Garland for the event that inspired two Muslim men to open fire with assault-style rifles before being killed by police.

"Of course we'd been happy if they'd stayed in New York and had their activity there," Athas said. "But they chose to come here. From all the reports I've gotten from our officers that were on the scene, most of the people there were not from Garland. They were not even from Texas."

According to Geller, the mayor's assessment of her event was akin to blaming a rape victim.

"How ridiculous," she opined to the BBC. "I mean, that's like saying the pretty girl was responsible for her own rape. The mayor is going after the defenders of free speech, and clearly giving a free pass to the savages who came with guns to kill innocent people because of a cartoon."

On Tuesday, Athas pointed out that officials had done their jobs to protect Geller's rights even though she had put the city in danger.

"Certainly in hindsight, we as a community would be better off if she hadn’t [held the event here]," Athas said. “Her actions put my police officers, my citizens and others at risk. Her program invited an incendiary reaction. She picked my community, which does not support in any shape, passion or form, her ideology."

He added: “But at the end of the day, we did our jobs. We protected her freedoms and her life.”

Watch the video below from the BBC.