Physicist Lawrence Krauss: Yes, science was intertwined with religion -- but we grew up and moved on 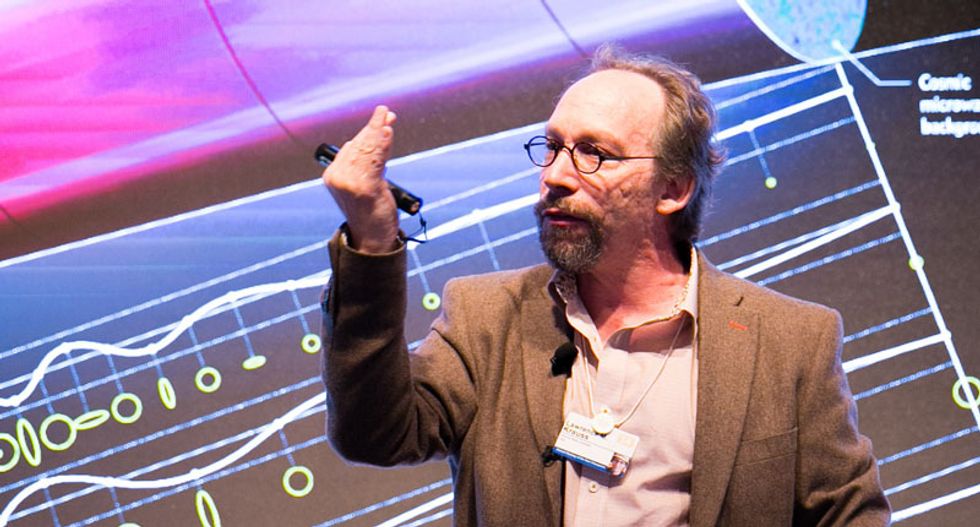 Theoretical physicist Lawrence Krauss says the historical connection between religion and science should not be dismissed -- even if the two are no longer on friendly terms.

Krauss, an atheist who frequently challenges religion, made the comments while speaking at the American Humanist Association's annual conference earlier this month, where he received a "Humanist of the Year" award.

A member of San Francisco's Long Now Foundation asked Krauss if religious scriptures should be included in the group's "Manual for Civilization," a collection they hope will last 10,000 years. The manual consists of thousands of books the group considers to be "most essential to sustain or rebuild civilization."

"Right now, our collection is completely devoid of books like the Bible," the woman explained.

"But, nevertheless, if you ask what are the great books or what are books that have been important in human history, certainly religious books have been very important," Krauss said. "The role that philosophy has played is also somewhat true of religion. Religion was a precursor to science."

"People point that out to me, and say, 'You know, Newton was religious.' The point is -- well, first of all, in that time the church was the National Science Foundation. It was the only place to get an education, it was the only place to fund research. But that's fine. It is OK to have a relationship, but you grow up. Parents are useful for children, but the whole point is children grow up and move beyond their parents -- we certainly hope that's the case."