Study: People don't like atheists because they serve as a grim reminder of death’s finality 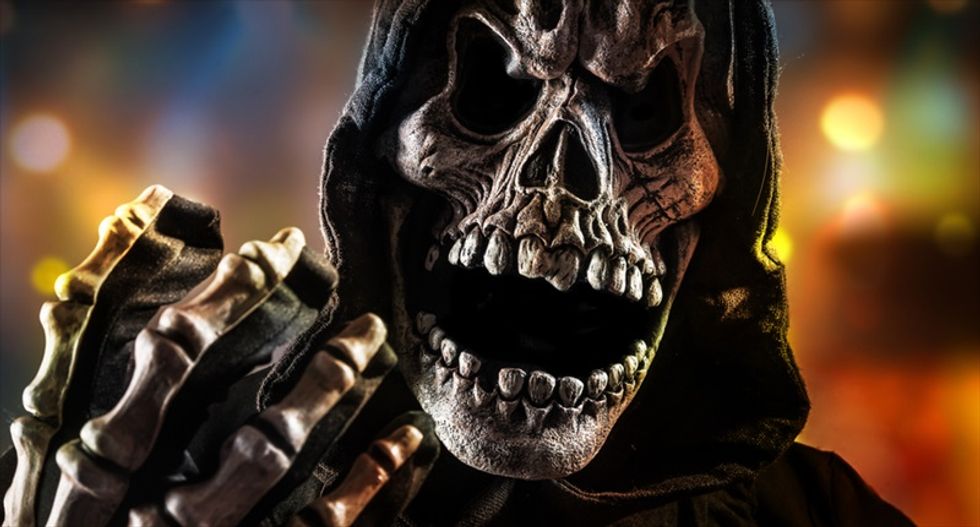 More and more people in the United States are casting aside religion and identifying as atheists — yet polling has found that nearly half of Americans still wouldn’t vote for a presidential candidate who didn’t believe in God. Most Americans think atheists are about as trustworthy as rapists.

And prejudice towards atheists is by no means unique to the United States. It is an attitude shared across the majority of the world’s countries — both past and present.

“Atheists have long been an especially stigmatized group,” social psychologist Corey L. Cook and his colleagues explained in new research on anti-atheist prejudice. “In fact, the Greek term atheos (godless, without a god) originated as a pejorative designation of those who failed to worship culturally accepted gods; and, religious and political leaders throughout recorded history have vigorously inveighed against those who do not believe in God (or Gods).”

Researchers have found evidence that atheists are disliked and distrusted because of the widespread belief that people behave better when they think an almighty divine power is watching their every move. But Cook and his colleagues have proposed another hypothesis: Atheists are disliked because they pose a fundamental threat to the worldview of religious people, a worldview that helps them mitigate “the potential terror arising from the uniquely human awareness of death.”

Their study, “What If They’re Right About the Afterlife? Evidence of the Role of Existential Threat on Anti-Atheist Prejudice,” was published online April 27 in the scientific journal Social Psychological and Personality Science.

An experiment conducted with 236 college students revealed that people from a variety of religious backgrounds tended to become more negative, more distant, and more distrustful of atheists after reflecting on their own mortality. A second experiment with another 200 students found that thinking about atheism made religious people more likely to think about death.

The findings support the idea that one of the reasons people dislike and distrust nonbelievers is because atheism poses a threat to theistic worldviews that help people cope with human vulnerability and mortality.

“There are currently 13 million self-identified nonbelievers in the United States,” Cook and his colleagues said. “Despite these large numbers, atheists remain stigmatized, and many are understandably reluctant to openly profess their disbelief in God,”

“Given that groups that threaten worldview beliefs are often responded to with increased discrimination and aggression, future research could be productively directed toward identifying benign ways to parry the existential threat that atheists pose to believers, thus mitigating the hostility and intolerance that they are often subjected to.”

“Atheists, in turn, might be well served to consider how militant denunciation of theistic conceptions of reality and those who adhere to them, as opposed to critical skepticism and civil disagreement, contributes to their current unpopularity in many cultures,” the researchers concluded.