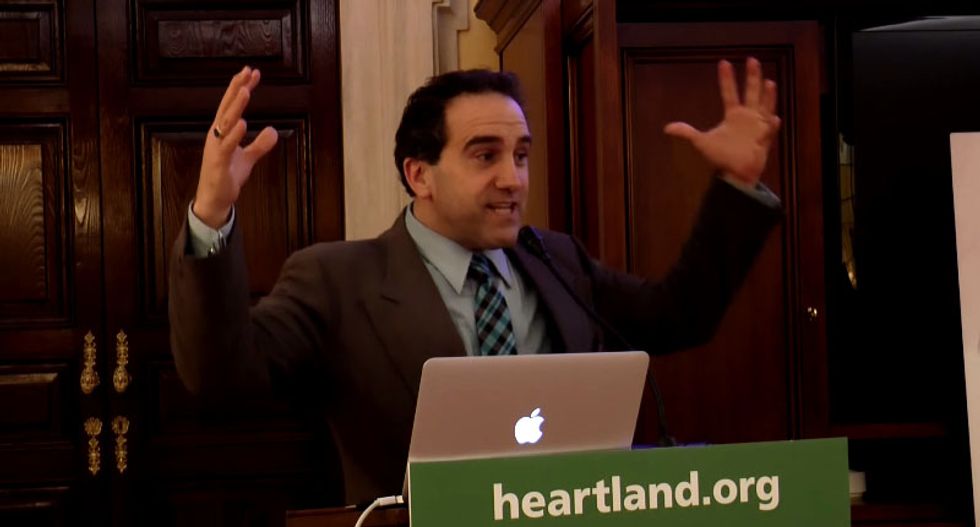 "Aztec priests encouraged people to sacrifice blood to the gods to end severe drought," Marc Morano said at the event, which was aimed at convincing the pope to not support United Nations action on the environment.

The event in Rome was hosted by the Heartland Institute late last month. The group describes itself as "the world's leading think tank promoting scientific skepticism about man-caused global warming" and said they held the event because they were worried the pope was being misled by United Nations officials.

During his speech, Morano described climate change as deadly cult.

"In the past, pagans sacrificed animals and even humans in vain attempts to placate capricious and cruel gods. Today they demand a reduction in CO2 emissions," he said, quoting Australian cardinal George Pell.

Morano, the executive editor of ClimateDepot.com, noted that UN Secretary-General Ban Ki-moon had said "science and religion are not at odds on climate change" after meeting with Pope Francis.

"If science and religion are united, what are they united on?" Morano said. "Well, actually, the new climate commissioners gave us a clue. It's not about science. Even if the science is wrong, the policy is right."

Morano argued that people who talked about climate change were not really worried about the environment -- they only used the issue to push for socialist policies. He said climate science was like astrology, because "no matter what climate event happens, it is always exactly what the models predicted."

He compared Pope Francis' acknowledgement of climate change to the medieval Pope Innocent VIII, who remarked "it is reasonable to conclude that, just as easily as witches raise hailstorms, so they cause lightning and storms at sea; and so no doubt at all remains on these points."

(Note: A previous version of this article described the event as a "Koch-funded event." The Heartland Institute has received donations from the Charles G. Koch Charitable Foundation in the past, but the event was not directly funded by the any of the Koch foundations.)