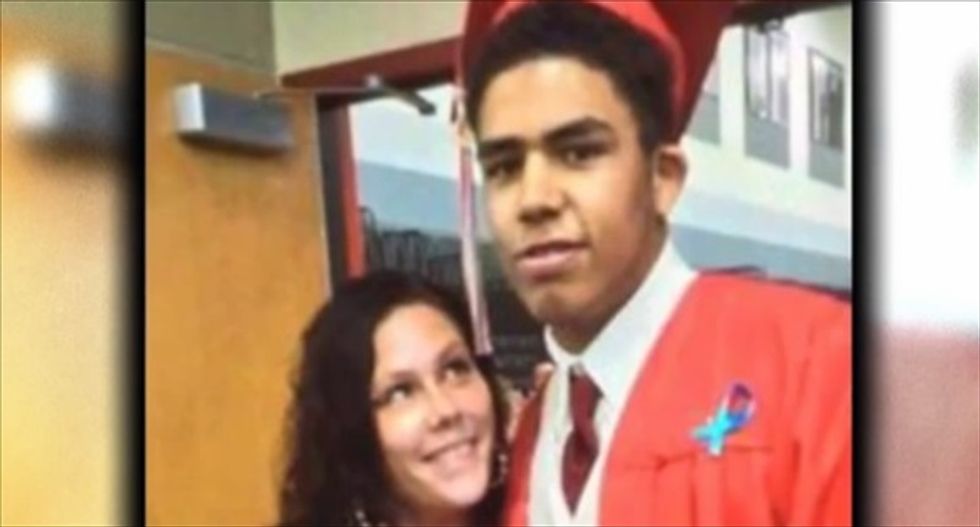 Photo of 19-year-old Tony Robinson Jr., who was shot and killed by a Madison, Wisconsin police officer on March 7. (NBC News)

A Wisconsin police officer who fatally shot an unarmed biracial teenager in March, sparking several days of peaceful protests, will not be charged, a prosecutor said on Tuesday.

"I conclude that this tragic and unfortunate death was the result of a lawful use of deadly police force and that no charges should be brought against officer Kenny in the death of Tony Robinson Jr.," Ozanne said in a 25-minute televised statement in which he recited the facts of the case and repeatedly mopped his face.

The March 6 shooting in Madison, Wisconsin's capital, was one of a number of officer-involved deaths that have led to increased scrutiny of police use of force in the United States, particularly against young black men.

Ozanne began his statement by saying he was sorry for Robinson's death and that he shares concerns of many Americans over racial profiling by law enforcement officers. He said he is biracial, like Robinson, and that he also fears being singled out by police because of his race.

But he said in-depth investigations by two different agencies showed that criminal charges were not warranted.

Ozanne said Kenny was responding to multiple emergency calls reporting that a man had battered someone was dodging traffic in the street. Robinson's friends had made an emergency call saying they were scared of him because he was acting violently and was on drugs.

Ozanne said Kenny followed Robinson into a dwelling and shot him after the teen struck Kenny in the head.

The prosecutor's announcement came days after the U.S. Justice Department announced a civil rights investigation into the Baltimore police department's use of force to determine if there are patterns of discriminatory policing.

Riots broke out in the streets of Baltimore over the April 19 death of Freddie Gray, 25, who died after suffering a spinal injury while in police custody. Baltimore's chief prosecutor has charged six police officers in Gray's death.

Under Wisconsin law, the state's Department of Justice investigated Robinson's death and turned over its reports to the Dane County District Attorney's office, which makes the ultimate decision on whether charges should be brought.

Robinson's death prompted large but orderly demonstrations in Madison. The city of 240,000 people about 80 miles west of Milwaukee is nearly four-fifths white and 7 percent African-American, according to U.S. Census figures.

Last year, Robinson pleaded guilty to armed robbery and was put on probation. Sentencing documents show it was his first brush with the law, and he was not the armed person in the group that committed the robbery.

Kenny has been on paid administrative leave during the investigation. In 2007, he was involved in a fatal shooting that was found to be justified.