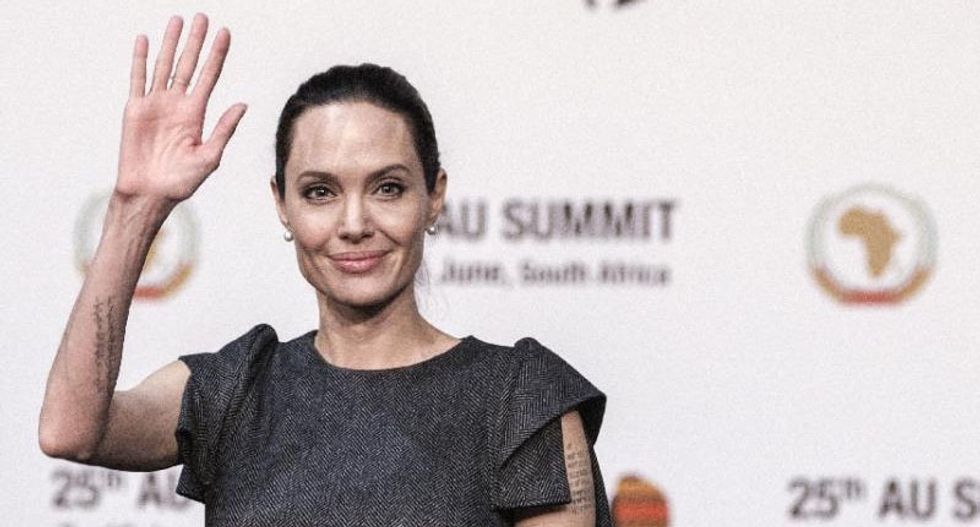 Actress Angelina Jolie on Friday appealed to African leaders attending a summit in Johannesburg to confront the "near total impunity" that hampers efforts to tackle violence against women across the continent.

Speaking at a forum ahead of the Africa Union summit starting Sunday, Jolie said that sexual attack such as rape was the "weapon of choice" in many conflict zones as perpetrators seldom face justice.

"Violence against women is still treated as a lesser crime," said Jolie, who is the UN special envoy for refugees.

"Armed groups turn it into a weapon of choice because of near total impunity.

"It is clear that this is not an African problem but a global one, but few places have suffered as Africa."

Dozens of heads of state from across the continent will attend two days of meetings in South Africa's economic capital on the theme of the "Year of Women Empowerment and Development".

"Please think what it would mean if the 54 nations of the AU press together as one towards full rights and opportunities for women," said Jolie, an experienced campaigner on violence against women in conflict zones.

Among Africa's conflict hotspots are the Democratic Republic of the Congo, Nigeria, Burundi and South Sudan.