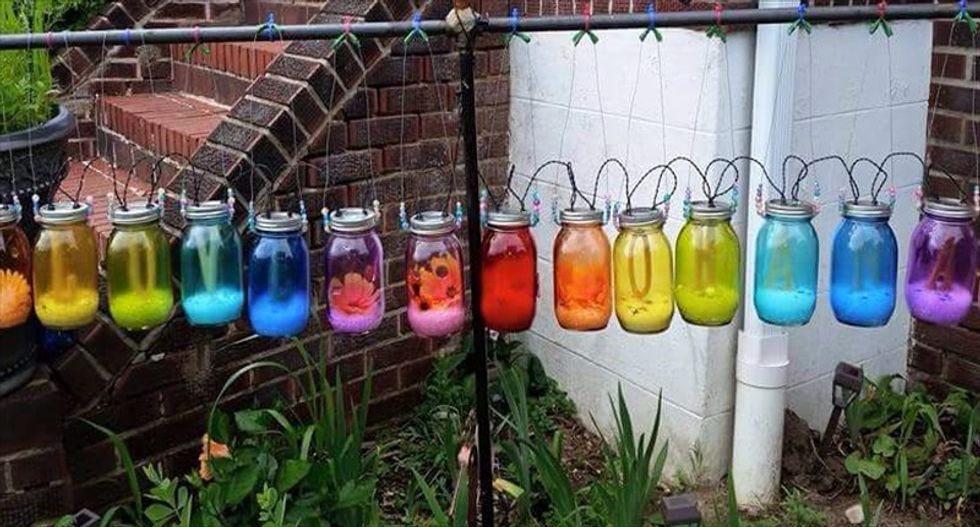 A set of rainbow solar lights spelling out the words "love" and "ohana," as seen in a Baltimore woman's yard. [Reddit]

Instead of retreating, a Baltimore woman is getting revenge on a homophobic neighbor by using their attempt to shame her for her yard as the basis for a successful online fundraiser.

The Baltimore Sun reported that 47-year-old Julie Baker started the campaign after finding a note inside her door criticizing her for the multi-color solar lights on her front yard, which spell out the words "love" and "ohana." The latter is a Hawaiian expression meaning "family."

"Your yard is becoming Relentlessly Gay!" the note read. "Myself and Others in the neighborhood ask that you Tone it Down. This is a Christian area and there are Children. Keep it up and I will be forced to call the police on You! Your kind need to have Respect for GOD."

Update: Baker's story was revealed as an apparent hoax after she was unable or unwilling to authenticate the letter to police.

Baker, who identified herself as bisexual in an interview with Baltimore City Paper, said the lights were not meant as a political statement.

"The point of the rainbows isn't about being gay," she said. "It's because we love rainbows. I have a rainbow tattoo on my arm. We're going to decorate the white siding of our house with them."

Rather than be cowed, Baker posted pictures of both the note and the lights online. Screenshots of each, http://imgur.com/a/QWlLt#AlqqF9z" target="_blank">as posted on Reddit, can be seen below: 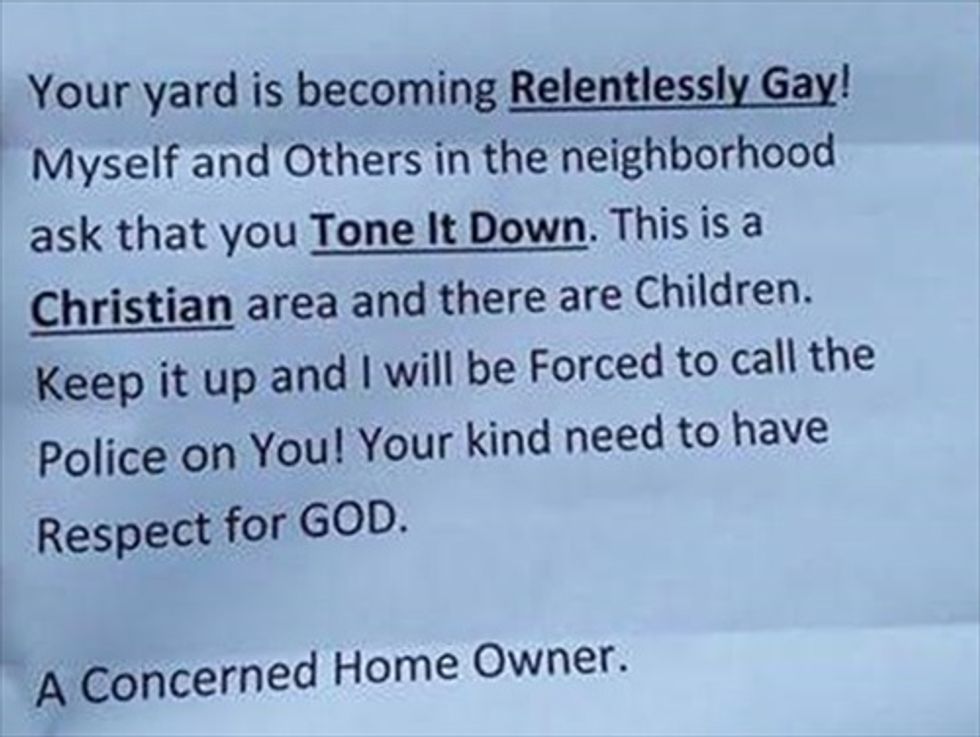 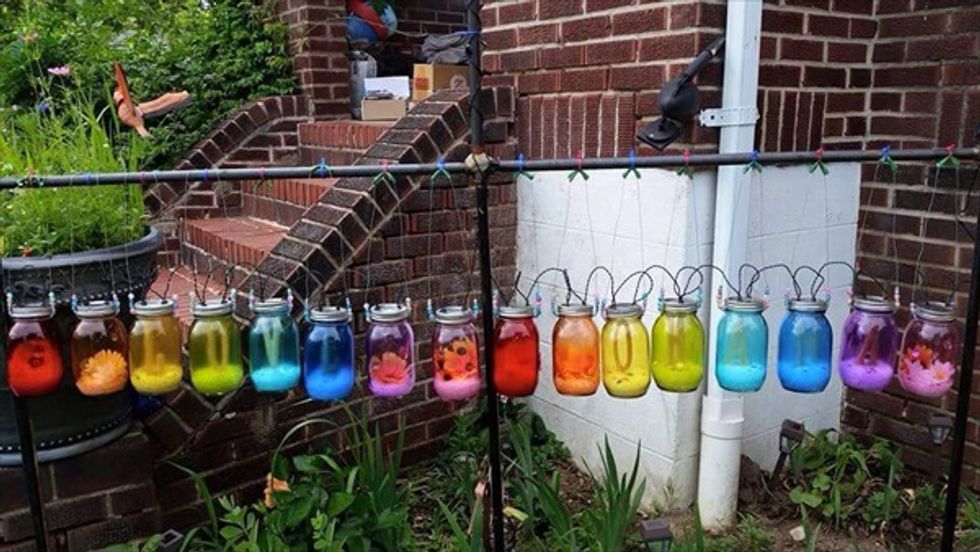 Baker also opened a page on the crowd-funding site GoFundMe seeking $5,000 she said would be used to make her yard "even More 'relentlessly gay.'"

"Put simply, I am a widow and the mother of four children, my youngest in high school and I WILL NOT Relent to Hatred," she wrote. "Instead, I will battle it with whimsy and beauty and laughter and love, wrapped around my home, yard and family!!!"