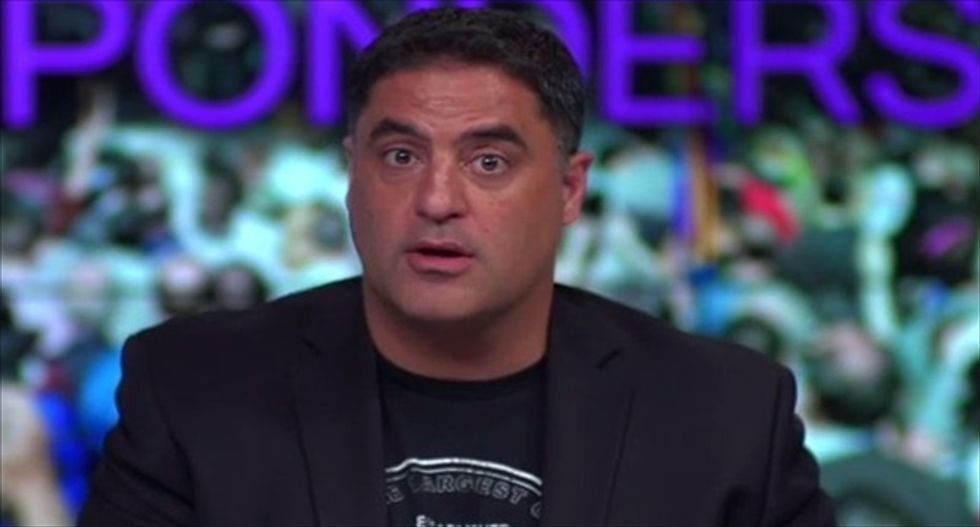 If the Christian conservatives running for the presidency want to accuse the Supreme Court of trying to supercede their religion, Cenk Uygur and his Young Turks co-hosts argued on Friday, they should also consider the precedent set in the Bible.

"Abraham had sex with his wife, his sister's wife, his maid, and his sister's wife's maid," Uygur said. "How is that a marriage between one man and one woman? It isn't, and you know it it's in the Bible. If you don't know, look into it. Solomon had 700 wives, and 300 concubines, concubine meaning prostitutes."

"That sounds like polygamy -- which we're headed toward because we legalized same-sex marriage," Ana Kasparian joked.

"No husbands, though," John Iadarola chimed in.

"Solomon is the central character in the Bible," Uygur argued. "So which one is it, Mike Huckabee and Rick Santorum and Bobby Jindal? Are you spitting in the eye of God? God said that Solomon is allowed to have 1,000 wives, including 300 hookers. God said that Abraham's allowed to have sex with his wife's sister and his maid, OK? So who are you to disagree with God? They're unelected sons of b*tches putting themselves above the supreme being."

The three Republican contenders were among the many conservatives who immediately railed against the high court's decision legalizing marriage equality on Friday, complaining that the Justices were not elected to their positions, or outright stating they would not honor the decision because it ran against their religion.

"If you are interested in a place where a court cannot alter the law of God, you should be living in a place like Saudi Arabia, or Iran, or perhaps one of the areas controlled by ISIS," Uygur countered. "They also don't believe in courts overturning the rule of God, OK? But in our country, we're a secular country, and we have a democracy, we have three branches of government. I don't believe there's a branch named 'God.'"

Kasparian added that, while Republicans repeatedly cite "the sanctity of marriage" in their arguments against same-sex marriage, they only do so very selectively. For instance, she said, they are not nearly as outspoken against divorce out of fear of committing "political suicide."

"When it comes to 'the sanctity of marriage,' they only reserve that argument for when it comes to discriminating against gay people -- that's it," she argued.