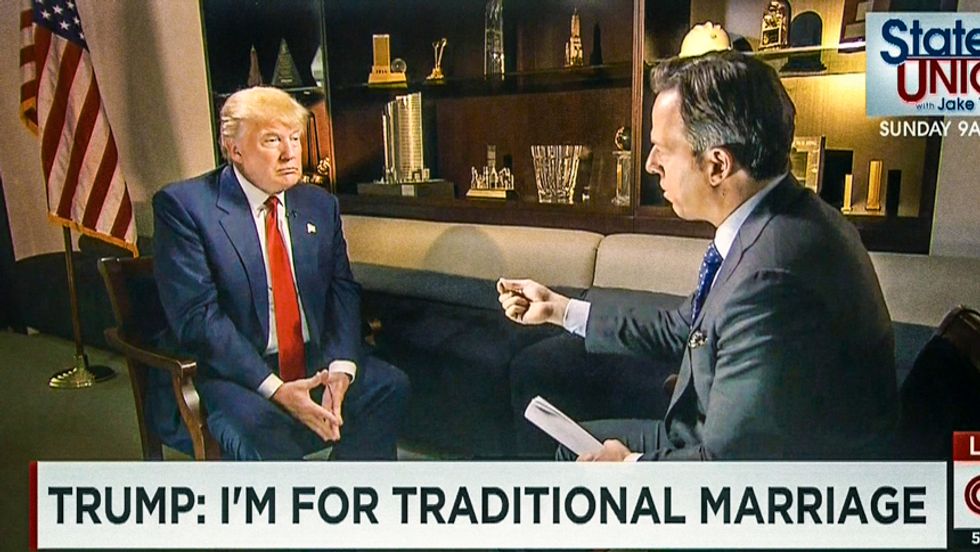 Although the candidate has said his views are "evolving," his campaign position is that only "traditional marriage" between "a man and a woman" should be legal.

CNN's Tapper asked Trump if he could justify his view on marriage in an interview that aired on Sunday.

"Well, they have a very good point," Trump admitted. "But I've been a very hardworking person. And actually, I have a great marriage, I have a great wife now. My [first] two wives were very good."

"But what do you say to a lesbian or a gay man?" Tapper pressed.