Creationist Ken Ham on Miley Cyrus' sex life: If evolution is true, why not involve an animal? 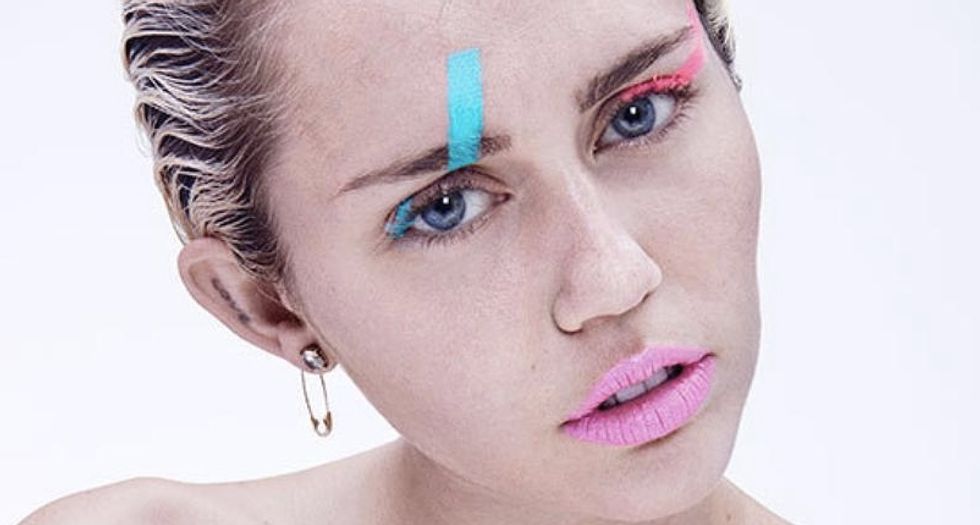 The Australian-born Ham is a successful peddler of Christian books and instructional materials, and runs Kentucky's Creation Museum. In a meandering essay on Wednesday, Ham condemns Cyrus' decision to bare her breasts in a Paper photo shoot, and her candor about having sex with adult men and women she is not married to.

"What parent," Ham writes, "would want their child looking up to someone like this today who... shakes her fist at God and promotes sexual perversion?"

Ham "will not direct people to that pagan magazine" by linking to Paper's write up on Miley Cyrus, but he does point out in his blog that "the origin of clothing is in Genesis" and that Fox News has a decent synopsis of Cyrus' interview with Paper. For example, Fox News noticed that Cyrus sometimes uses swear words.

"The same expletive was used a number of times in the interview," Ham cautions. "As you read what she reportedly said, it becomes very obvious that it’s not just the biblical accounts of the Ark and Flood in Genesis she is dismissing, but she is rejecting our Ark of salvation—Jesus Christ."

"Her rebellion against God is clear," Ham declares, before quoting Cyrus on her sexual preferences.

“I am literally open to every single thing that is consenting and doesn’t involve an animal and everyone is of age," Cyrus said in her Paper profile. "Everything that’s legal, I’m down with. Yo, I’m down with any adult—anyone over the age of 18 who is down to love me. I don’t relate to being boy or girl, and I don’t have to have my partner relate to boy or girl.”

"Question for her," Ham asks. "Why not involve an animal? On what basis does she decide that? Besides, if there’s no God and she’s just a result of evolution, then she is merely an animal anyway. And those she interacts with sexually are just animals—so why not any animals? In other words, she has decided to draw a line for some reason—but what reason? It’s actually because in her heart she knows God exists (Romans 1), she knows she is different from the animals as she is made in God’s image (Genesis 1)—and she has a conscience (as seared as it is because of her sinful rebellion) because the law is written on our hearts (Romans 2)."

"Question for her," Ham asks again. "Why only those over the age of 18? On what basis did she decide that? If there’s no God, why have any age restriction? On what basis would she argue against pedophilia? Why not do whatever anyone wants to do?"

Ham warns a vengeful God will rain terror down upon "debased" sinners like Miley Cyrus if they do not repent.

Cyrus' lack of enthusiasm for Christianity, Ham argues, exemplifies his motivations for building a life-sized replica of Noah's Ark in northern Kentucky.