'Dead wrong about the Bible': Portland pastor annihilates Christians who use religion to push bigotry 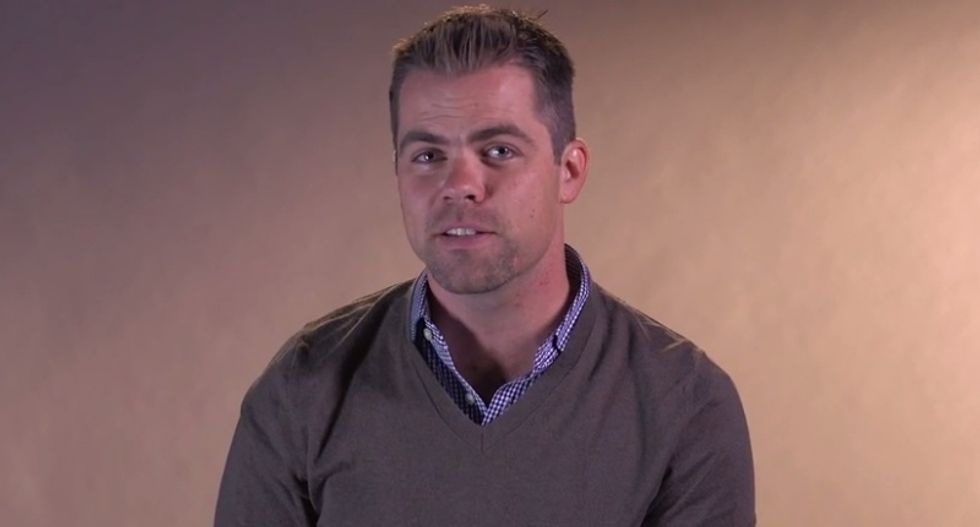 In a commentary for the Huffington Post, an Oregon minister makes a biblical case for gay marriage -- and scolds politicians who campaign on homophobia.

"With its historic ruling on Marriage Equality Friday," writes Adam Phillips, pastor at Christ Church: Portland, "the U.S. Supreme Court finally caught up to the movement of the Holy Spirit. That's right. I said it."

"I am an evangelical Christian pastor (and proud of it)," Phillips continues, "and I believe that the freedom bell of love and justice just pealed a little louder and the arc of history is bent a little closer to justice."

"They're dead wrong about the Bible and about their commitment to Marriage Exclusion," Phillips argues. "Too often, religious conservatives will claim that marriage equality not only redefines holy matrimony, but is against biblical marriage. But the Bible has curiously malleable, sometimes contradictory, dramatically heterodox definitions of marriage."

The pastor goes on to cite numerous examples of biblically-endorsed marriage arrangements that do not consist of a monogamous, heterosexual couple committed in a union recognized by God.

"There's the definition of Biblical marriage in which a man must marry his deceased brother's wife," Phillips begins, "Then there's the Biblical marriage definition that mandates a raped woman to be wed to her rapist, but only after the rapist pays the raped woman's father 50 coins... Then there's the complicated story where Moses and the Israelites conquer the Midianites and divide the spoils, including property, livestock and women, marrying conquered Midianite women off to the victorious soldiers. Sound like Game of Thrones? It's in the Bible (see Numbers 31)... The Bible also defines marriage and family rules when it comes to slave ownership: the married slaves may eventually go free, but the children of that union must stay enslaved... The Bible allows for polygamy, too."

"Redefine marriage?" Phillips asks facetiously. "People of faith have been wrestling with this for years in our holy books and in our Spirit-led convictions."

In his essay, the Portland minister shares his experience as a young seminarian at Chicago's North Park University, where he witnessed a lesbian professor lose her job. The woman's firing disturbed Phillips.

"The University had just fired an out-lesbian professor for being in a committed, long-term relationship," Phillips writes. "Her alleged sin? Being born gay. That's when I began to rethink my own long-held, traditional views on same-sex marriage and orientation. Why would we single out a faithful, monogamous woman and not single out others for perhaps more deadly sins such as greed, avarice or gluttony? Why were we so hung up on LGBTQ matters while children were dying for lack of basic health care in Africa and we were sending young American women and men into wars in the Middle East for dubious reasons?"

Earlier this year, Christ Church: Portland -- which welcomes people who identify as LGBTQ -- was effectively cut off from the Evangelical Covenant Church, the denomination Phillips describes as his "faith family for nearly 20 years."

Phillips says the Christian sect severed ties with his parish because "of some inclusive language on our congregation's website and because of my personal convictions on LGBTQ matters that they said were not 'compatible' with the denomination. It was utterly heartbreaking."

Christ Church: Portland continues to operate in its newly independent status, and holds services at 4:30 PM every Sunday.

Phillips is encouraged by Friday's Supreme Court ruling granting marriage rights to all Americans, regardless of their partner's gender.

"The light shines a little brighter and the winds of change feel like a cool breeze on a sweltering summer day," Phillips writes. "While many religious leaders, politicians and institutions collectively echo Chicken Little, so many more of us  --  the ostracized and vilified, marginalized and abandoned because of our prayerful hope that love does, actually, win  --  are breathing deeper and lifting a toast to God."

"As Justice Kennedy wrote in his opinion accompanying the decision," Phillips continues, "'No union is more profound than marriage, for it embodies the highest ideals of love, fidelity, devotion, sacrifice, and family. In forming a marital union, two people become something greater than once they were.' Sounds strangely like the words of Jesus, who taught us that "love is the higher law."