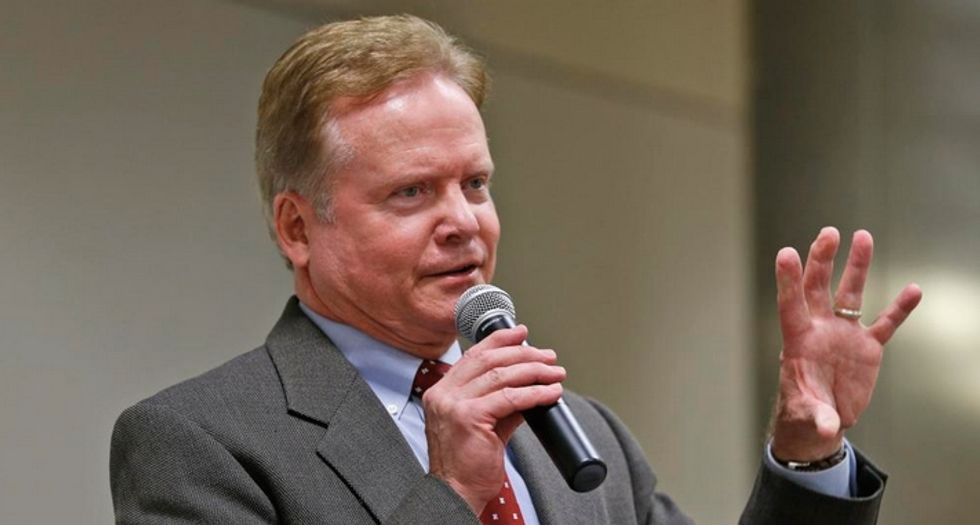 In a Facebook post, Webb urges fellow Americans to "[respect] the complicated history of the Civil War." He then says that while the Confederate flag has appropriated by many for racist purposes, it "should not be used in any way as a political symbol that divides us."

Webb then writes that "honorable Americans" -- a group he explicitly says includes slave owners -- "fought on both sides of the Civil War."

"The is a time for us to come together," Webb concludes, "and to recognize once more that our complex multiracial society is founded on the principle of mutual respect."

A screenshot of Webb's statement is here: 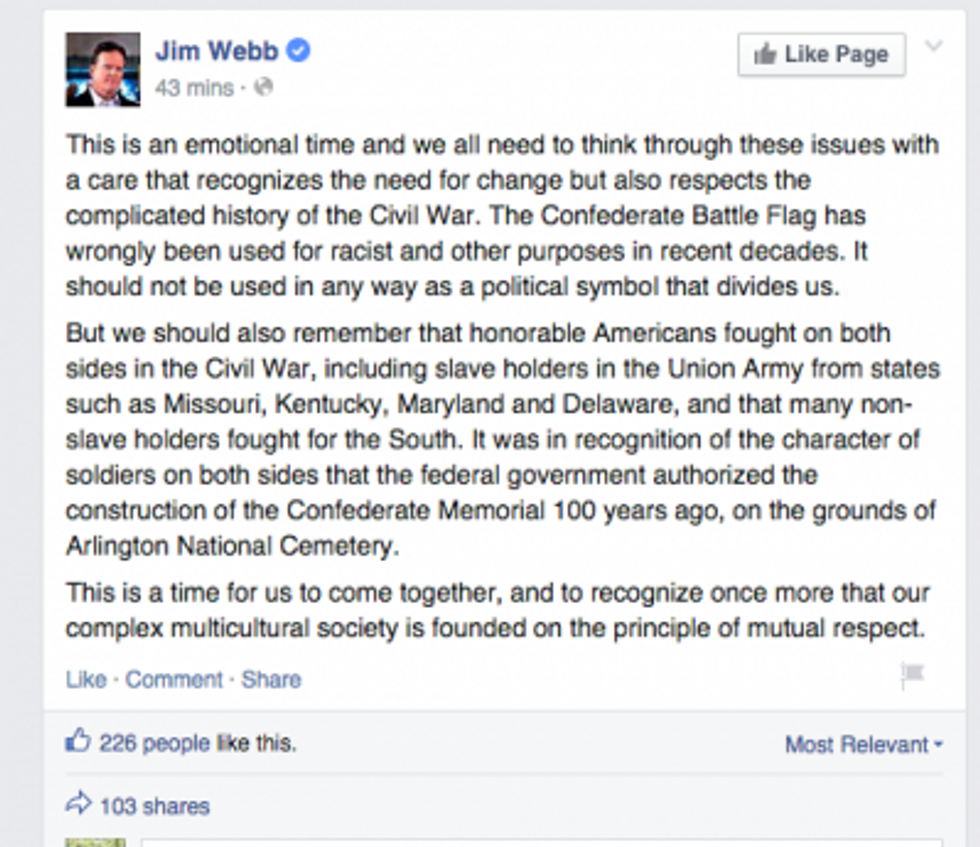 Twitter users wasted no time in reacting to Webb's de facto defense of the Confederate flag. A few examples:

@JimWebbUSA Jim, the "heritage" angle is just SO full of holes with the traitor and white supremacy historical aspects. No one is buying it.
— The Black Sage™ (@The Black Sage™) 1435173039.0