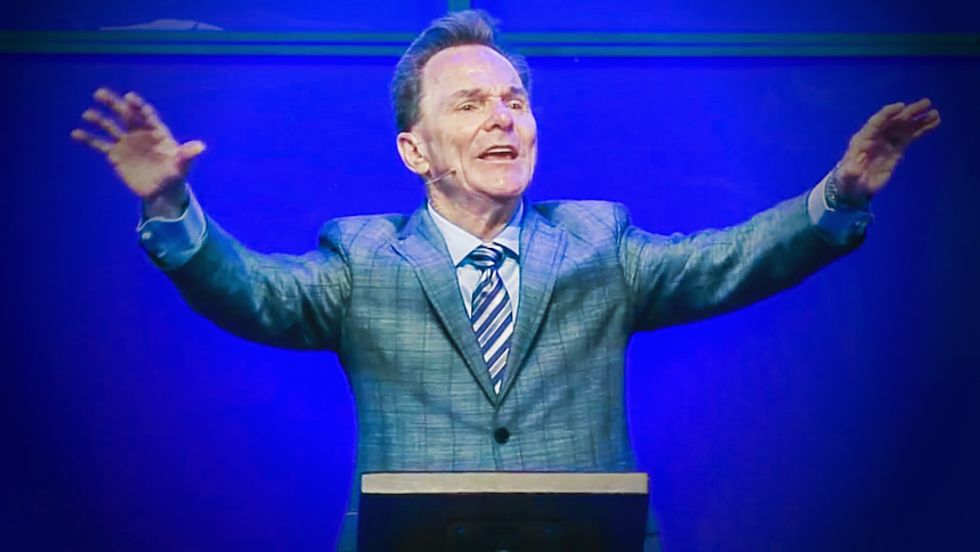 Dr. Ronnie Floyd of the five-branch Pinnacle Cross Church suggested over the weekend that Caitlyn Jenner had sinned against God by transitioning to a woman in a similar way that family members could sin by abusing children.

Floyd, who is pastor of the church attended by reality show family the Duggars, recently told People Magazine that God could forgive Josh Duggar after reports said that the Christian crusader had molested young girls -- and even members of his own family -- when he was 14.

"But I'm thankful, whether it's him or any other one, that I serve a God who can forgive everything," Floyd opined.

In his sermon on Sunday, Floyd turned his attention to Bruce Jenner, who revealed this week that she had chosen to go by the name Caitlyn Jenner.

"You are formed by God specifically and intentionally," Floyd insisted. "There are two different sexes, male and female. And the whole scheme of the world today is to try to get us to see those are very, very unclear lines. They're not unclear lines. They are clear lines."

"If you are created a man, you are specifically and intentionally created a man. So, don't try to be something else," the pastor warned, adding that Jenner's claim that she "thinks like a woman" was "sad."

Floyd argued that "we're all broken" but the "Grace of God" prevented church-goers from thinking "confused and twisted" thoughts.

"You know, this is going to shock some of you, and it might even be offensive to some of you," Floyd added. "But I want to make something real clear, Bruce Jenner is just like you and me."

"We are born sinners, and we're born broken. And we're all in need of the grace of God. And we need to understand, regardless of our past, Christ died for us."

Watch the video below from the Pinnacle Cross Church, recorded May 31, 2015.