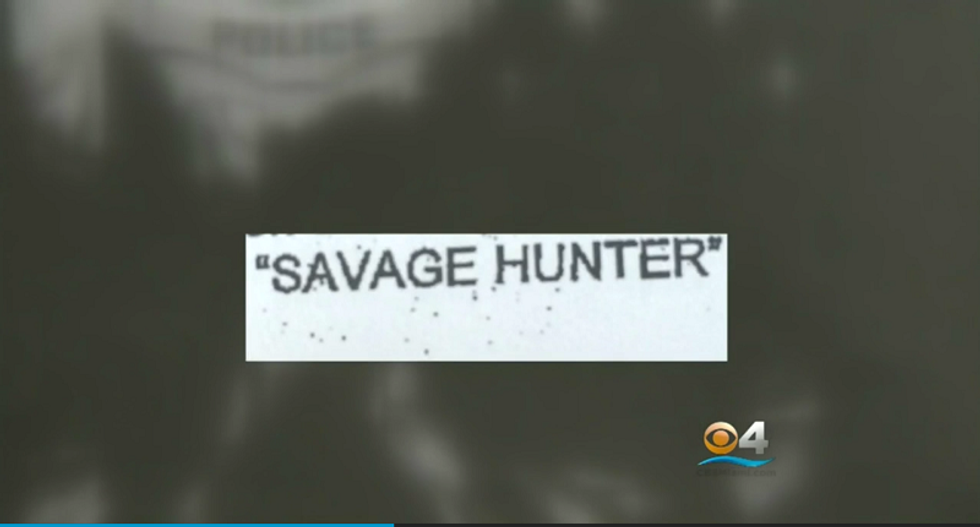 Officer Jeffrey Feldewert, 45, took to Facebook in December to respond to a post about a bar fight involving African Americans, the station reports.

"Typical hoodrat behavior," he posted, and included a picture of a black man being arrested by white police officers with the caption, "Black People. Because without them the evening news wouldn't be as much fun to watch."

On June 11, Fort Lauderdale Police Department issued him a letter saying he would be dismissed on July 10. Effective immediately, "your leave with pay will be changed to suspension with pay for 20 days, and your dismissal from city service will be effective at the close of business on July 10, 2015," the letter read, according to Local 10.

The department was also unhappy that Feldewert's profile picture consisted of its badge, accompanied by an image of a skull wrapped in the American flag, with the words "savage hunter."

Feldewert was removed from the field in March after an internal affairs investigation was launched in January, the Sun-Sentinel reported. He was earning a yearly salary of $80,121 at the time.

In March, three Fort Lauderdale police officers were fired and a fourth suspended after an ex-fiancee gave a reporter a racist video and text messages they were responsible for. The video included images of black people being attacked, KKK hoods and President Barack Obama with large gold teeth, CBS News reports. The texts contained racial slurs and talk of killing black people, along with derogatory remarks directed at Latinos and LGBT people.

CBS Miami reports that the term "savage hunter" also appeared in the video.

"It strikes fear in the whole community when you believe that officers are going to treat you differently," Chief Assistant Public Defender Gordon Weekes told CBS. "That [they] are going to hunt you down and treat you like a savage simply because you're black."

He said Feldewert's Facebook posts are just the "tip of the iceberg" of a larger problem with the police department.