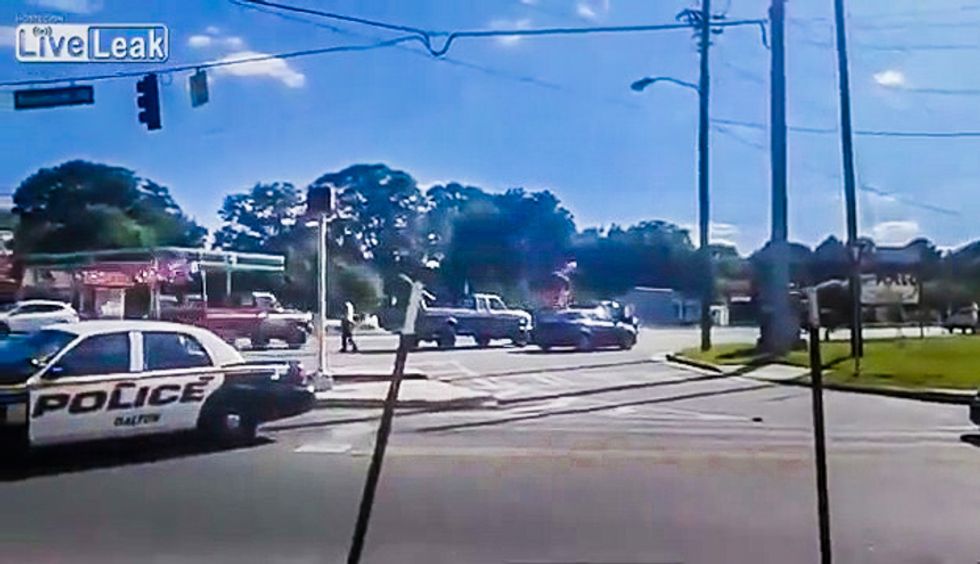 Trucks in a Confederate flag parade in Georgia over the weekend were caught on video crashing into each other even though police officers had blocked off streets for the rally.

In video uploaded to Live Leak, a Dalton police cruiser can be seen blocking an intersection as trucks displaying Confederate flags parade through.

"They've got a goddamn day for Confederate flags," the narrator exclaims. "I wonder what kind of parade we can have? They get the roads blocked off."

Moments later one of the trucks smashes into the rear end of another flag-carrying truck, causing a chain reaction that gets at least one other truck rear-ended.

Watch video of the wreck below.

The video below was taken by a parade participant.