GOP Sen. John Thune shows America that he is a moron using this one weird and dumb tweet 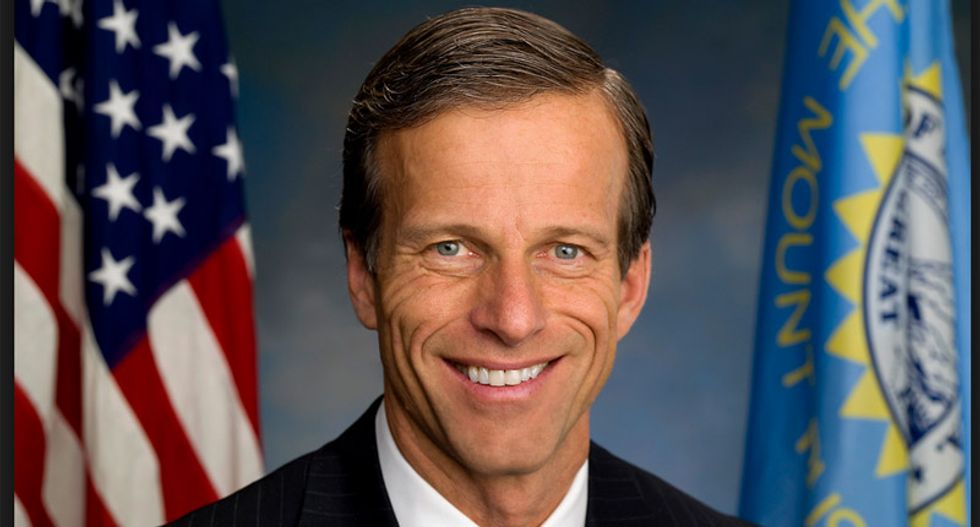 Are you familiar with Senator John Thune of South Dakota?

Of course you are not.

First of all, he is from South Dakota, a state you last randomly thought about [looks at watch, does some quick mental calculations, consults calendar] never.

Secondly, he has been in the Senate since 2004, -- preceded by six years in the House -- with no major legislative accomplishments to his name, although I assume he has amassed quite the collection of "Participant" ribbons in his trophy case just for showing up to vote.

Occasionally you'll hear Thune's name pop up as a possible Presidential or Vice Presidential nominee, with him often being described as an "attractive candidate," presumably because he has the bland good looks of a Montgomery Wards shirt and tie model circa 1967. Other than that, he smiles for the camera and stays out of the way of Tea Party arriviste Ted Cruz  and surly middle school libertarian club president Rand Paul, trampling each other for a chance to bring the country back to its Constitutional origins -- by which they mean when blacks were slaves and not presidents.

Unfortunately for Thune, his career plan of remaining that guy you went to high school with whose name you don't remember -- but he seemed kind of nice -- took a turn for the dumb today because an intern left Thune's Twitter account open on a laptop and John decided to Twitter-twat something out to the folks back home on their kerosene-powered "new-fangled computer machines."

The guy Politico called "A gaffe-free spokesman for Republicans" wrote this:

Six million people have insurance today through the Affordable Care Act because of subsidies from -- in Duggar buddy Mike Huckabee's term "Uncle Sugar" -- that they otherwise would not have. Those subsidies, as well as the underlying structure of the ACA, could collapse depending on how the Supreme Court decides King v. Burwell.

Did I mention that these people pitched in to gut the ACA? 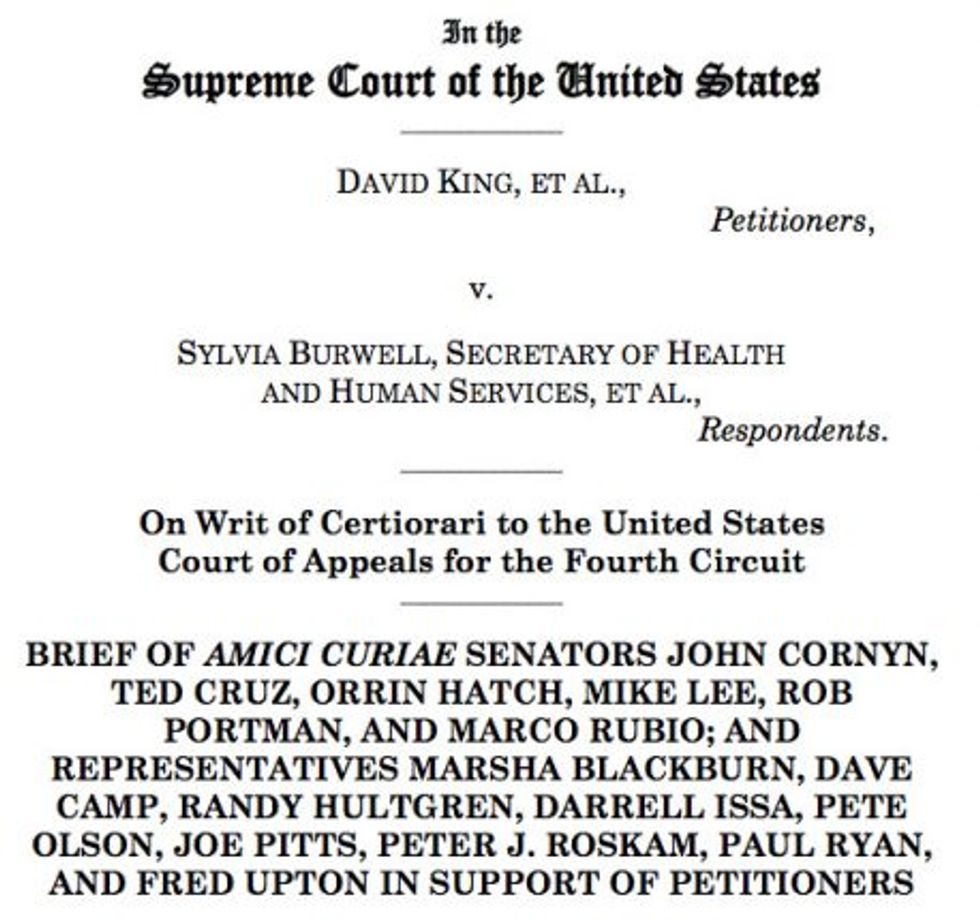 Look at all of the Republicans. Just look at them![/caption]

So , essentially, POTUS (the black guy) gave these people a life raft, Republicans are trying to take a knife to it in the middle of the ocean, and Thune wants to blame Obama if they drown.

Is Thune evil, stupid, or mendacious?

So we'll go with all three, just to be safe.