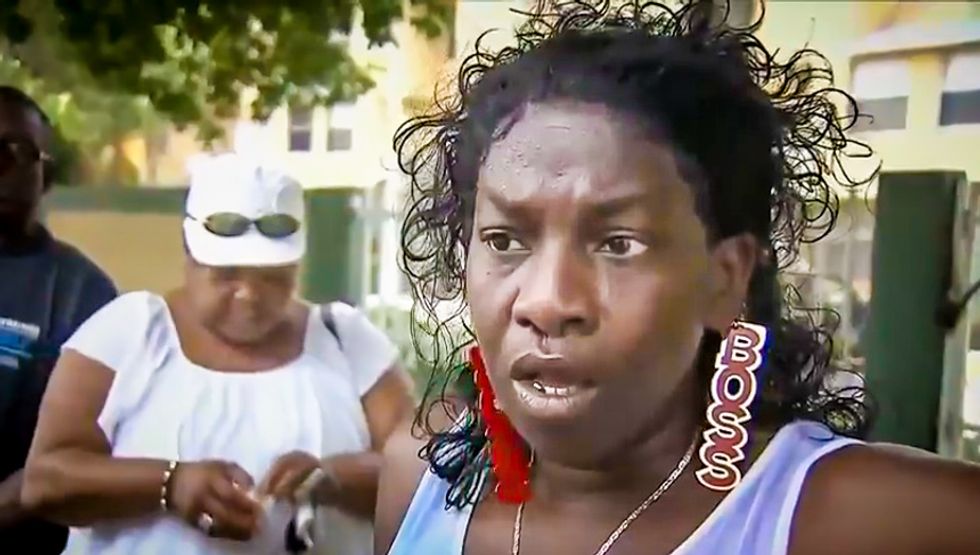 The Miami Police Department confirmed that an officer shot a homeless man on Thursday -- but witnesses insisted that the man never posed a threat.

Miami Police Chief Rodolfo Llanes told reporters that officers were responding to reports of a disturbance at Gibson Park when the man refused to drop a "metal object."

"An officer responded to this location in response to a violent disturbance of a man armed with a metal object," Llanes said. "The officer confronted the subject, and he discharged his weapon."

The police chief would not say if a metal pipe found at the scene was being held by the man at the time he was shot.

As many as 60 people were said to have witnessed the shooting.

"He was a homeless man, wasn't bothering nobody," witness Nichelle Green told WPLG. "The man walks around, we see him every morning with his stick, the same little stick that he had in his hand when the police officer shot him five times."

According to Green, the man "didn't have a chance to say nothing to police" before he was shot.

Green told WFOR that 50 children saw the shooting, and that they were “hollering, screaming and running.”

Other witnesses questioned why police did not use a Taser instead of lethal force. Chief Lane declined to say if the officers on the scene were equipped with Tasers.

Lanes said the man was transported to Jackson Memorial Hospital. He was listed in critical condition.

Officers involved in the shooting will be put on administrative leave pending the outcome of an investigation, Lane said.