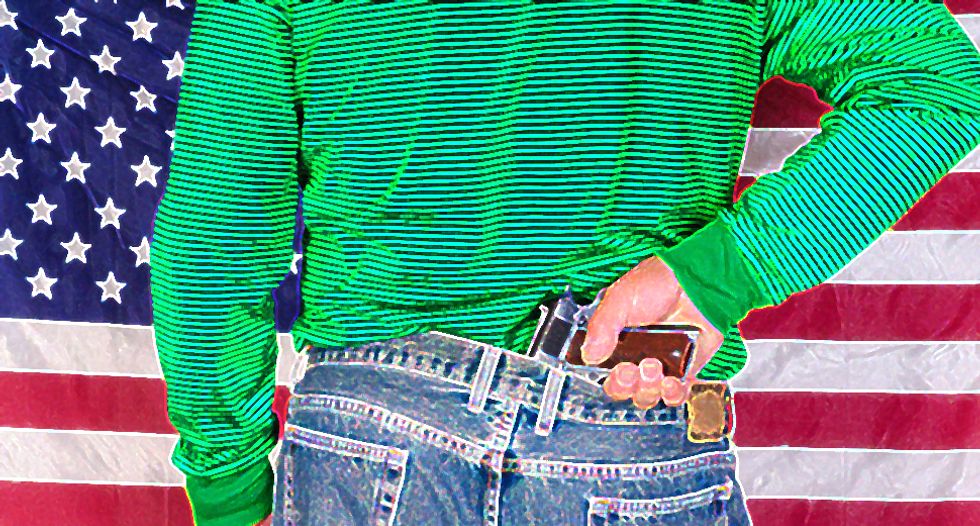 Another mass shooting, another round of arguments about why gun reform is doomed to fail. Turns out, most of those arguments don’t hold up to scrutiny

Related: Obama's strong words on Charleston shooting: 'I refuse to act as if this is the new normal'

A majority of US senators voted for a package of gun control measures only two years ago. The 54 who backed the bill, which was written by Republican Pat Toomey and Democrat Joe Manchin, included three other Republicans.

But when four Democrats got cold feet about their electoral chances in the midterms, the legislation fell short of the 60 votes it needed to prevent a filibuster.

Heading into the 2016 election, however, there are many more moderate Republican seats up for grabs – and a meaningful opportunity for Democrats to take back control of the Senate.

A successful bipartisan Senate bill and more persuasive president could be enough to encourage a future House speaker to allow a vote, too. It might even pass if the House remained in Republican control.

Support for universal background checks skyrocketed after the December 2012 Sandy Hook elementary school shooting in Newtown, Connecticut, with 90% of Americans behind the proposal at its peak. More than two years later, polls continue to show strong support for expanding background checks, averaging 80%.

As a successful 2014 ballot initiative in Washington state proved, if you leave the decision in the hands of voters, they are more likely than politicians to vote for universal background checks.

Ironically, when Congress was weighing airstrikes in Syria in August 2013, just four months after the failed background checks vote, one of the foremost reasons lawmakers cited in opposing the Obama administration’s plan was polling that showed 90% of Americans were against intervention. It was a classic example of how Congress selectively listens to the American people – as in, whenever it’s more convenient

There are more than three times as many Americans killed by guns per capita than in any other wealthy nation, and more than ten times the rate in comparable larger countries such as Britain, France and Japan.

Many of these countries have similar problems with crime, drugs, urban deprivation and youth violence, others are more peaceful, but there is one simple thing that countries with less gun violence have in common with each other: they have fewer guns.

No one can predict the future of a more gun-constrained America with certainty, but the evidence from dozens of comparable societies points to a clear causal relationship between access to firearms and how often they are used.

Myth No4: Switzerland and Israel seem to do OK without gun control

Proponents of unfettered gun ownership often point to the example of Switzerland, which has a tradition of more widespread firearms ownership than most other European countries but is not known for its gun-ravaged inner cities.

One problem is the trend is not that different: more guns still lead to more shooting, just less so than in America. Switzerland is actually second among wealthy nations in terms of annual gun deaths (0.77 per 100,000 of population in one recent survey , versus 2.97 in the US and just 0.07 in England and Wales) but has barely half as many guns per 100 people (45.7 versus 88.8 in the US).

But even this comparison gets weaker if you look at the way the Swiss keep their guns, which stems from a tradition of military service that has been considerably tightened over the years. One US study by the National Institutes of Health points out that both Switzerland and Israel (another alleged exception to the rule touted as proof that guns don’t kill) actually limit firearm ownership considerably and require permit renewal one to four times annually.

Those are just the kind of gun control measures, in fact, that second-amendment fans in the US claim wouldn’t make any difference to gun violence.

Myth No5: Other countries are different.

Further rejoinders to the international-comparison argument are less empirical still, tending to rely on a mixture of American cultural exceptionalism, pioneer spirit and a history of racial tension to explain why murder rates are so high without blaming gun ownership.

While it is true that US history differs greatly from European history, this theory is less effective at explaining similar disparities with Canada and Australia.

Comparisons between similar large cities also belie the argument that there is something uniquely violent about America’s urban poor. London has gang violence, drugs and recent riots that make Ferguson and Baltimore look tranquil, yet the Metropolitan police estimate criminals have access to barely 100 guns in a city only slightly smaller than New York. Cities like Glasgow and Liverpool can be shockingly violent places but victims of knife attacks and beatings tend to survive.

It may be true that the link between guns and a culture of violence goes both ways, but that’s hardly a reason not to try tackle both at the same time.

Myth No6: US borders are too open.

Amid widespread concern over illegal immigration, much attention has also focused on the unique geography of the United States. It is true that the country has among the longest land borders in the world and is a very open international trading nation.

It is hard to imagine, however, the weapons would be anywhere near as easy for criminals to obtain if they all had to be smuggled through ports, airports or across the Mexican border. Even a small reduction in weapons falling into the wrong hands would also reduce the incentive for homeowners to store guns for self-defense.

Whether US port security or land borders would really prove that much more porous than other countries with stricter gun laws is also open to question, but it is strange this argument is rarely offered as a reason to give up on drug interdiction, or intercepting terrorist bomb threats.

Myth No7: Guns are essential for self-defense.

According to the non-profit Violence Policy Center , there were just 258 “justifiable homicides” involving civilians using guns in 2012, as opposed to 8,342 criminal homicides committed with a firearm. “For every justifiable homicide in the United States involving a gun, guns were used in 32 criminal homicides,” the group said in a report, which is based on data from the FBI and Bureau of Justice.

And those figures do not even include an estimated 22,000 suicides and accidental shootings annually where guns are involved.

Myth No8: The NRA is invincible.

After Newtown, anti-gun violence groups actually raised more money. According to filings with the Federal Election Commission in 2014, gun control groups declared $21.3m in contributions since the November 2012 election, whereas gun rights’ groups raised $16.3m in the same period.

Americans for Responsible Solutions, the anti-gun violence group co-founded by former congresswoman Gabby Giffords, a Democrat who was shot in the head during the 2011 mass shooting in Tucson, Arizona, amassed a whopping $11 million in its first four months of existence.

Myth No9: Lawmakers will be voted out of office for supporting gun control.

In the 2014 elections, two governors who passed comprehensive gun control bills – Connecticut governor Dan Malloy and Colorado governor John Hickenlooper, both Democrats – were both re-elected despite the NRA’s best efforts to defeat them.

The gun control debate also had little effect on lawmakers who voted against stricter gun laws after Newtown. US senators Mark Pryor of Arkansas and Mark Begich of Alaska – two of just four Democrats who joined Republicans in blocking a Senate bill to expand background checks – both lost their re-elections anyway.

Despite its pledge to reward politicians who stood up for gun rights, the NRA did nothing to help either senator. Money and grassroots support is also now on offer from groups like those backed by former New York mayor Mike Bloomberg, that support gun control.

When a mass shooting occurred in Septemberg 2013 at the Navy Yard compound in Washington, one of the first arguments made by activists for gun rights was that gun control is clearly ineffective because DC has some of the strictest gun laws in the US.

A similar point has been made about Chicago, which has tough restrictions on guns but ranks among the country’s deadliest with respect to gun violence .

The problem with this theory is that criminals also have access to cars, and can easily obtain firearms in neighbouring states or counties.

In the Navy Yard incident, the shooter legally purchased firearms in neighboring Virginia despite a criminal record and mental health issues – exposing gaps in the current background checks system. And cities like Chicago are plagued by the illegal trafficking of firearms; there is no current federal law that defines gun trafficking or straw purchasing as a crime.

Myth No11: Universal background checks would create a federal database of gun owners.

Related: Despite Charleston killings, moves towards US gun control at a standstill

One of the myths that ended the background checks bill in the Senate two years ago was the claim – perpetrated by the gun lobby and swallowed by most Republicans – was that it would create a national registry of gun owners.

In fact, the Manchin-Toomey legislation explicitly barred the creation of a federal database in its text, but opponents insisted it would infringe on the liberties of gun owners in America.

Aside from that being a false claim, it was notable that just a couple of months later, when it was revealed that the NSA was spying on millions of Americans, the same lawmakers were overwhelmingly supportive of far more intrusive data-gathering.