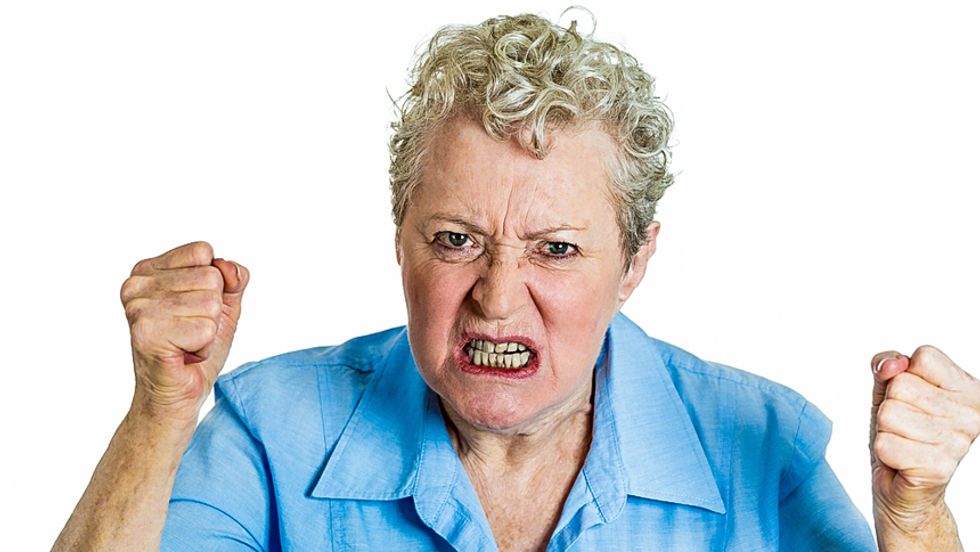 A county clerk in Sioux Falls, South Dakota was overheard saying that she was so disgusted after the Supreme Court effectively legalized same-sex marriage that she was "just going to marry my dog."

Ellee Spawn told KSFY that she was waiting in line at the Minnehaha County treasurer's office when one of the clerks made the comment.

"I overheard a part of a conversation with a person in front of us and the clerk that was there, they were discussing the SCOTUS ruling from last week," she explained.

"Her reaction to that was 'well apparently I'm just going to marry my dog, because we can just marry whoever we want anymore,'" Spawn recalled. "It struck a chord; I thought that was wrong, you can't compare bestiality with two consenting adults getting married -- they're not the same thing."

Spawn said that the clerk should keep her opinion to herself, especially because she was a government employee.

"She has the right to think what she wants to think and say what she wants to say, but not on tax payer property and not on the taxpayers' payroll. I'm not going to fund her hate speech, and I don't think you should or your neighbors should," she insisted.

"My employees are told they're not supposed to make personal comments about anything personal or political, they shouldn't be talking about anything other than business at their windows, that's what they're told," Nelson told KSFY.

As of next week, legally married same-sex couples in Minnehaha County will have the right to change the names on their driver's licenses. Nelson said that all of the county's customers deserved to be treated with respect.

"There's no universal opinion on things one way or the other and someone could be easily offended, and we don't intend in this office or in any business to say things that could be offensive to customers, or the public or the taxpayers," she remarked. "So in order to avoid that problem, we need to be really careful not to be commenting on things or sharing your opinion or judging other people's opinions."

As for the clerk, she admitted making the comments, but said that it was a misunderstanding. She said that she was just really fond of her dog.