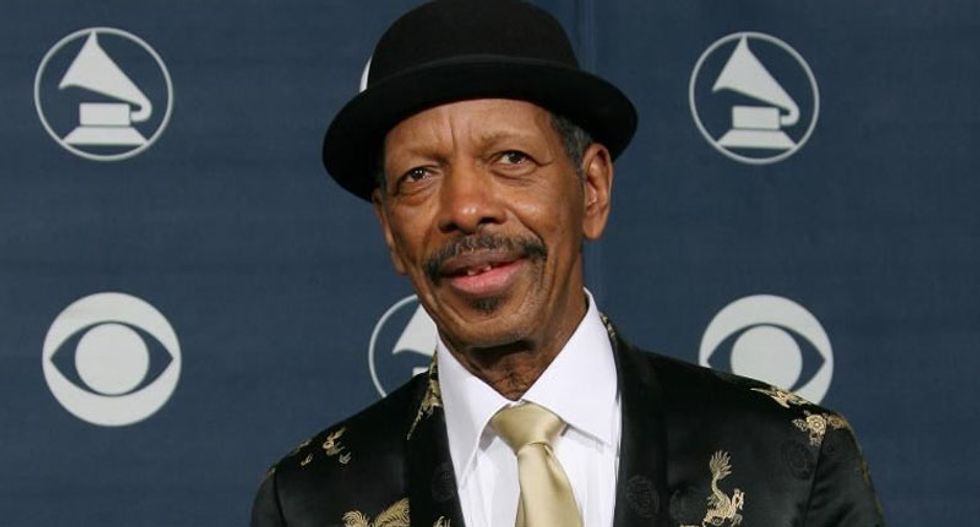 Ornette Coleman, one of jazz's most groundbreaking artists who jolted the music world with his prophetically titled 1959 album "The Shape of Jazz to Come," died Thursday. He was 85.

His death was confirmed to AFP by his publicist, Ken Weinstein. Coleman was born and raised in Texas but died in New York, where he spent much of his career and was a dapper fixture on the social circuit.

Coleman, along with John Coltrane, was one of the original forces behind so-called "free jazz" that broke down traditional structures of harmony and allowed a more free-flowing form of expression.

Best known as an alto saxophonist, Coleman cast aside traditional notions that a musician needed to stay within chord progressions and instead pursued solos that detractors considered chaotic but gradually became mainstream in jazz and rock.

Coleman said that the free form of solos came spontaneously to him, as he believed that jazz playing should feel like any natural human activity.

"I think jazz should express more kinds of feelings than it has up to now," he said at the time.

"The Shape of Jazz to Come" stunned the jazz world -- with leading artists including Miles Davis among the critics -- through its lack of harmonic convention as well as the absence of any guitar or piano to accompany him.

The album featured the intense song "Lonely Woman," written by Coleman about a high-society shopper he spotted when he was working at a Los Angeles department store, which went on to become a standard among jazz musicians.

Coleman followed up the next year with the album "The Change of the Century," also recorded in young-spirited California rather than one of the more established jazz capitals.

Coleman, who eventually headed to New York, grew up in Fort Worth, Texas, where he said that he originally thought that a saxophone was a toy when he saw one.

His mother gave him his first saxophone as a gift after Coleman had helped save up money by working as a shoeshine boy.

Coleman's son, Denardo Coleman, is a prominent jazz drummer who often recorded with his father.