Jon Stewart blasts ‘a*shole’ McKinney cop: ‘How do you go from a pool party to this?’ 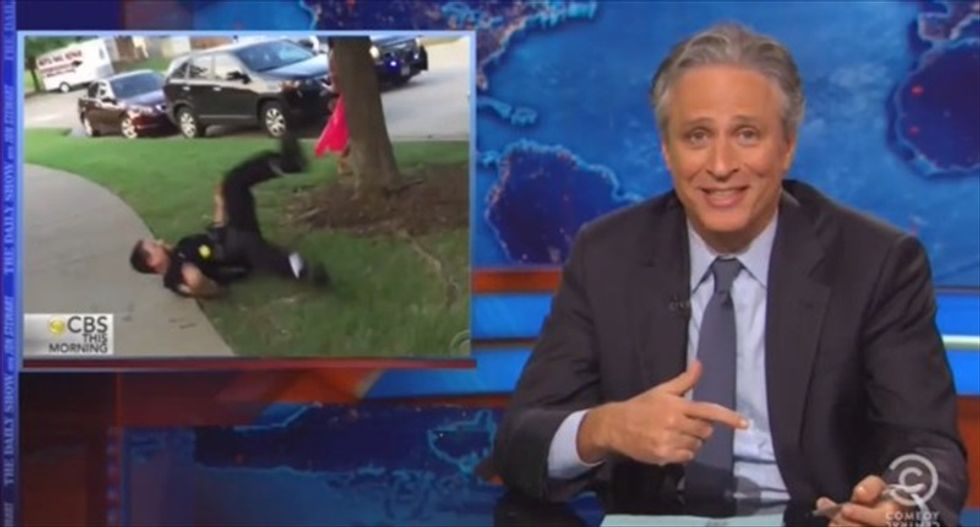 While Daily Show host Jon Stewart was aghast on Monday at the incident involving McKinney, Texas police Cpl. Eric Casebolt and a group of black teenagers, he did get a chuckle out of video showing Casebolt barrel-rolling through the scene.

"I've never seen a cop run through a frame and do a little parkour somersault in the manner that he did," Stewart said. "That was some Starsky and Hutch sh*t."

As Gawker reported, Casebolt kept a "police training" playlist on his YouTube account before wiping it clean as the incident, filmed by a white witness, began getting attention nationally.

At one point, Casebolt also included that footage in the playlist. Another one of the clips was titled, "Self-Defense Roll and Strike Drill." A screenshot can be seen below: 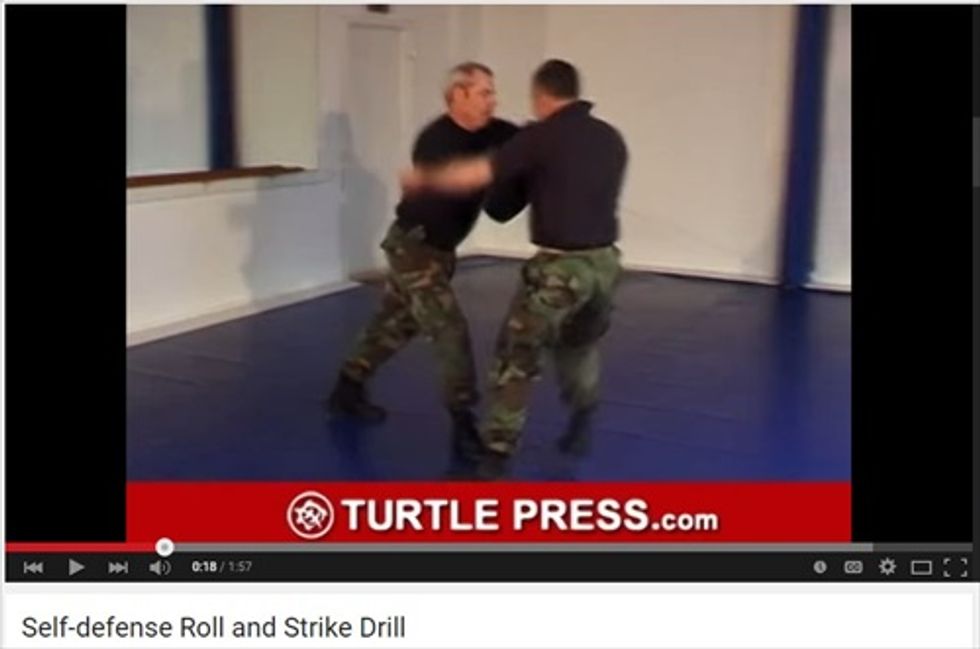 But aside from Casebolt's tumble, Stewart was alarmed by the footage of the encounter.

"How do you go from a pool party to this?" Stewart asked, before mimicking Casebolt and yelling, "When I say 'Marco,' you say 'Polo,' motherf*cker!"

He also criticized Casebolt for his treatment of Dajerria Becton. The footage shows Casebolt telling the teen, "Get your ass on the ground" while she was actually sitting on the ground.

"Not only is he being an a*shole, he's redundant," Stewart said.

"When you go to a pool party, even in your own neighborhood that you live in, you have to know pool etiquette," she said. "No running, no splashing, no talking back. And if at all possible, get your ass even further into the ground than it is."

At the same time, Williams said, what happened in McKinney showed "progress."

"I'm sorry," Stewart replied. "A cop pulled his gun out and dragged a 14-year-old girl around by her hair."

"I know -- white people always want to touch our hair; it's nothing new," Williams said. "Jon, it's progress because a cop pulled a gun on a group of black kids and nobody is dead."

Watch Stewart and Williams' commentary, as posted by Comedy Central on Monday, below.