Justice Alito defends lethal injection 'expert' who did his research on drugs.com 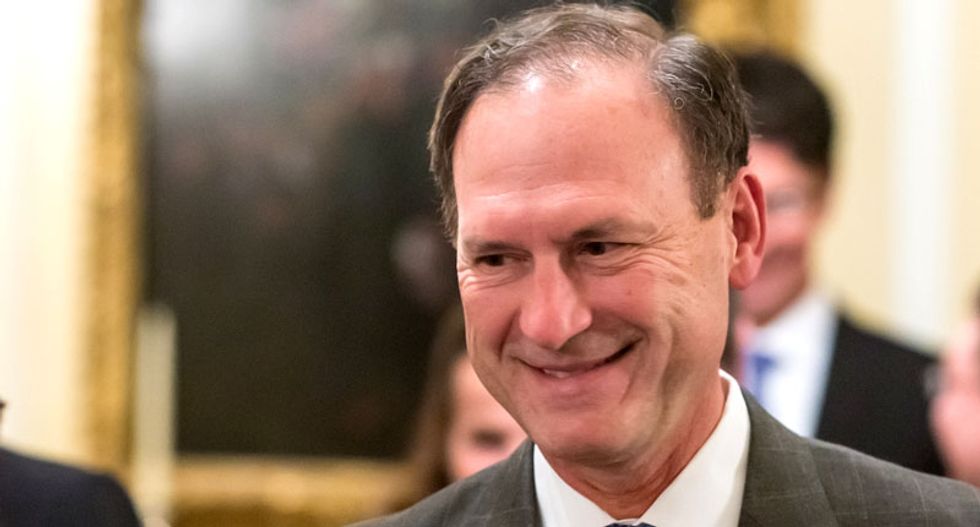 On Monday, the Supreme Court voted 5-4 to uphold Oklahoma's use of midazolam, a controversial sedative that is used as part of its three-drug lethal injection protocol.

The case, first brought by four condemned Oklahoma inmates, came after several high-profile botched executions in 2014 involving midazolam. The petitioners argued that the use of midazolam presented a "substantial, constitutionally unacceptable risk of pain and suffering."

As ProPublica has previously detailed, the doctor Oklahoma relied on as its expert witness had never given a patient anesthesia and based much of his research on drugs.com.

That witness, Roswell Lee Evans, ended up being a contentious part of the decision. Writing for the majority, Justice Samuel Alito repeatedly defended his testimony. In dissent, Justice Sonia Sotomayor questioned Evans' credibility. Here are the best bits.

Alito defended Evans' use of drugs.com.

However, Sotomayor viewed Evans' use of the consumer website differently. Not only did the website fail to support the most contentious parts of Evans' testimony 2013 the information from the website may have even supported the petitioners' arguments:

Alito: Midazolam is not a pain reliever, but inmates will feel no pain.

Alito supported Evans' testimony that midazolam would keep inmates unconscious and unable to feel pain during an execution, even though Evans himself testified that the drug was not an analgesic:

However, Sotomayor emphasized that just because a supposed expert makes a claim does not mean that the claim is a fact:

Sotomayor compares lethal injection to being burned at the stake

In one of the more colorful passages of her dissent, Sotomayor compares the new court ruling to a former execution technique that would be considered torture today:

In the closing paragraph of the opinion, Alito directly responds to this medieval allusion, asserting that Sotomayor's words are but "outlandish rhetoric," further illustrating the supposed deficiencies of the dissenting argument:

Alito: Death-row inmates should have suggested another way to die.

Alito affirms that one of primary reasons the use of midazolam was upheld was because the inmates challenging the drug did not suggest another execution method in its place:

Sotomayor replied in her dissent, asserting that it is the state's responsibility to find a method that is not unusual or cruel should they want to execute someone:

Rather than focusing on the minute legal details of majority opinion, Justice Stephen Breyer, writing in a separate dissent, challenges the legality of the death penalty:

In a sneering rebuke, Justice Antonin Scalia ridicules his fellow justice, calling him out by name over 15 times, and concluding: